Rose, Nikolas
Innbundet / 1999 / Engelsk
Powers of Freedom, first published in 1999, offers a compelling approach to the analysis of political power which extends Foucault's hypotheses on governmentality in challenging ways. Nikolas Rose sets out the key characteristics of this approach to political power and analyses the government of conduct. He analyses the role of expertise, the politics of numbers, technologies of economic management and the political uses of space. He illuminates the relation of this approach to contemporary theories of 'risk society' and 'the sociology of governance'. He argues that freedom is not the opposite of government but one of its key inventions and most significant resources. He also seeks some rapprochement between analyses of government and the concerns of critical sociology, cultural studies and Marxism, to establish a basis for the critique of power and its exercise. The book will be of interest to students and scholars in political theory, sociology, social policy and cultural studies.
Les mer
An impressive approach to an important and influential school of thought, derived from Foucault's writings on governmentality, by one of its major exponents. Nikolas Rose's 1999 book will serve as an intelligent and critical introduction to governmentality for students and scholars alike.
Les mer
Introduction: reframing political thought; 1. Governing; 2. Freedom; 3. The social; 4. Advanced liberalism; 5. Community; 6. Numbers; 7. Control; Conclusion: beyond government.
'... well researched and rewarding. It can also serve as a good summary of the field.' Byron Kaldis, University of Athens"This provocative postmodern account accepts but `reframes' long-accepted values." Choice
Les mer
A 1999 review of governmentality literature, derived from Foucault, which broke new ground in ethics and politics.
Nettpris:
888,-
Levering 3-20 dager 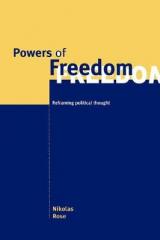 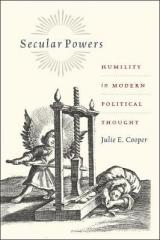 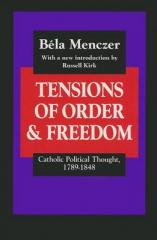