Pragmatics of Human Communication A Study of Interactional Patterns, Pathologies and Paradoxes

Pragmatics of Human Communication A Study of Interactional Patterns, Pathologies and Paradoxes

Watzlawick, Paul Bavelas, Janet Beavin Jackson, Don D.
Heftet / 2014 / Engelsk
Called "one of the best books ever about human communication," and a perennial bestseller, Pragmatics of Human Communication has formed the foundation of much contemporary research into interpersonal communication, in addition to laying the groundwork for context-based approaches to psychotherapy. The authors present the simple but radical idea that problems in life often arise from issues of communication, rather than from deep psychological disorders, reinforcing their conceptual explorations with case studies and well-known literary examples. Written with humor and for a variety of readers, this book identifies simple properties and axioms of human communication and demonstrates how all communications are actually a function of their contexts. Topics covered in this wide-ranging book include: the origins of communication; the idea that all behavior is communication; meta-communication; the properties of an open system; the family as a system of communication; the nature of paradox in psychotherapy; existentialism and human communication.
Les mer
The properties and function of human communication.
Paul Watzlawick was an associate at the Mental Research Institute, Palo Alto, and clinical professor in the department of psychiatry and behavioral sciences, Stanford University Medical Center. An internationally known psychologist, Watzlawick died in 2007. Janet Beavin Bavelas is a professor emeritus of psychology at the University of Victoria. The late Don D. Jackson was a founder and director of the Mental Research Institute in Palo Alto, California, and associate professor at the Stanford University School of Medicine. He was coauthor, with Paul Wazlawick and Janet Beavin Bavelas, of Pragmatics of Human Communication.
Les mer
Nettpris:
219,-
Levering 3-20 dager 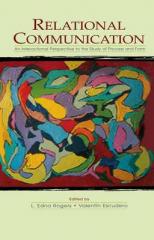 Relational Communication An Interactional Perspective To the Study of Process and Form
Heftet / 2015 / Engelsk
532,- 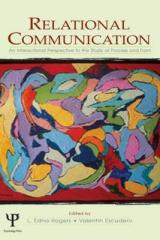 Relational Communication An Interactional Perspective To the Study of Process and Form
Innbundet / 2003 / Engelsk
926,- 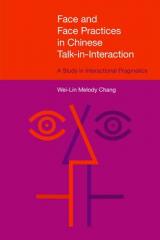 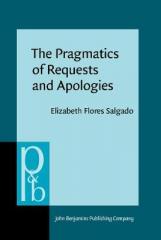