Khosravi, Shahram
Innbundet / 2017 / Engelsk
In Precarious Lives, Shahram Khosravi attempts to reconcile the paradoxes of Iranians' everyday life in the first decade of the twenty-first century. On the one hand, multiple circumstances of precarity give rise to a sense of hopelessness, shared visions of a futureless tomorrow, widespread home(land)lessness, intense individualism, and a growth of incivilities. On the other, daydreaming and hope, as well as civility and solidarity in political protests, street carnivals, and social movements, continue to persist. Young Iranians describe themselves as being stuck in purposelessness and forced to endure endless waiting, and they are also aware that they are perceived as unproductive and a burden on their society. Despite the aspirations and inspiration they possess, they find themselves forced into petrifying social and spatial immobility. Uncertainty in the present, a seemingly futureless tomorrow: these are the circumstances that Khosravi explores in Precarious Lives. Creating an intricate and moving portrait of contemporary Iranian life, Khosravi weaves together individual stories, government reports, statistics, and cultural analysis of art and literature to depict how Iranians react to the experience of precarity and the possibility of hope. Drawing on extensive ethnographic engagement with youth in Tehran and Isfahan as well as with migrant workers in rural areas, Khosravi examines the complexities and contradictions of everyday life in Iran. Precarious Lives is a vital work of contemporary anthropology that serves as a testament to the shared hardship and hope of the Iranian people.
Les mer
Drawing on extensive ethnographic engagement with youth in Tehran and Isfahan as well as with migrant workers in rural areas, Shahram Khosravi weaves a tapestry from individual stories, government reports, statistics, and cultural analysis to depict how Iranians react to the experience of precarity and the possibility of hope.
Les mer
"Shahram Khosravi's elegant new book weaves together his two substantive areas-urban Iranian youth culture and migration and border studies-to narrate stories of social lives carved out of multiple precarities, ever-present waitings, but also, the need to hope. Dispensing with facile dichotomies that caricature contemporary Iran, Khosravi's rich and granular storytelling breathes life, in all of its complexity and contradiction, into depictions of Iran's most vulnerable populations."-Arzoo Osanloo, University of Washington"Professor Khosravi has provided detailed, well written accounts of the lives of ordinary Iranians, as well as analysis of some contemporary film and artistic endeavors. His narrative gives welcome prominence to the Iranian middle and lower economic classes, with some additional material from areas outside of Tehran, including his native Bakhtiari region, where members of his family still reside. This book thus departs from other recent works that have focused on more elite populations, with heavy attention to the wealthier residents of northern Tehran."-The Middle East Journal"Shahram Khosravi writes brilliantly about the unintended consequences of the Iranian Revolution on the traditional family, on the social lives of young people, on the 'street' as a space of free expression and protest, and on public walls as places of political expression. Precarious Lives is a thoroughly researched analysis of the 'precarious' society that is contemporary Iran, a country at war with its own youth."-Paul Stoller, author of The Sorcerer's Burden and 2013 Anders Retzius Gold Medal Laureate in Anthropology"In his second important anthropological accounting of social tensions in contemporary Iran, Shahram Khosravi deftly brings Iran into the conversation about the transformations affecting countries across the globe: precarity and the criminalization of youth; neoliberal practices of 'blaming the victims' of increased poverty; and street-level performances of resistance and demands for rights. Engaging with film, photography, painting, and street performativity, Khosravi shows Iran is not as 'other' as either Western or Iranian media portray it, and calls to mind comparative phenomena such as Japanese shut ins, American incarceration culture, and European migrant detention camps."-Michael M.J. Fischer, author of Mute Dreams, Blind Owls, and Dispersed Knowledges: Persian Poesis in the Transnational Circuitry"There is so much social theory incisively deployed by Shahram Khosravi, and so many pertinent anthropological works about other places used for comparative purposes, that Precarious Lives will appeal to more readers than those interested in Iran, or those interested in the anthropology of time and space."-Ghassan Hage, University of Melbourne
Les mer
Shahram Khosravi is Professor of Anthropology at Stockholm University. He is author of Young and Defiant in Tehran, also available from the University of Pennsylvania Press, and "Illegal" Traveller: An Auto-Ethnography of Borders.
Les mer
Nettpris:
776,-
Levering 3-20 dager 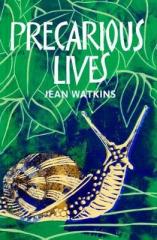 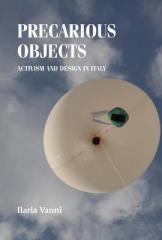 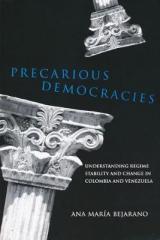