Berman, Sheri
Heftet / 2006 / Engelsk
Political history in the industrial world has indeed ended, argues this pioneering study, but the winner has been social democracy - an ideology and political movement that has been as influential as it has been misunderstood. Berman looks at the history of social democracy from its origins in the late nineteenth century to today and shows how it beat out competitors such as classical liberalism, orthodox Marxism, and its cousins, Fascism and National Socialism by solving the central challenge of modern politics - reconciling the competing needs of capitalism and democracy. Bursting on to the scene in the interwar years, the social democratic model spread across Europe after the Second World War and formed the basis of the postwar settlement. This is a study of European social democracy that rewrites the intellectual and political history of the modern era while putting contemporary debates about globalization in their proper intellectual and historical context.
Les mer
This book examines the history of social democracy from the late nineteenth century to today. It argues that social democracy has become the most successful ideology of the modern era by figuring out how to reap the benefits of free markets while protecting society from their most corrosive and destabilizing effects.
Les mer
1. Introduction; 2. The background and foundations; 3. Democratic revisionism comes of age; 4. National socialism; 5. From revisionism to social democracy; 6. Fascism and national socialism; 7. The Swedish exception; 8. The postwar era; 9. Conclusion.
Les mer
"In this fascinating book, Sheri Berman rewrites the ideological balance sheet of the twentieth century, making a powerful case that history ended with the triumph not of free market liberalism but social democracy. In emphasizing the variety of capitalisms and diverse paths that societies take, she makes us think differently about the past and the future. As countries struggle to find their way in a new age of globalization, Berman's work offers essential insights. It is likely to become a classic in the field." Fareed Zakaria, author of The Future of Freedom"Sheri Berman has written a wonderfully lucid account of the origin of social democratic ideas, which she uses to make a passionate argument for their continued relevance as a way of preserving democracy in the world of globalization." Harold James, Princeton University"Sheri Berman's book is a real tour de force, a real land-mark study of ideology, social democracy and European political history. It is an outstanding analysis of the importance of ideas and ideology in politics. Berman argues convincingly that social democracy should neither be understood as a watered down version of Marxism, nor as capitalism with a human face. Instead, Berman shows that social democracy is a distinct political ideology in its own right that should be understood as a political meta-ideology about how to connect everyday social and economic realities with abstract theory in real-world politics. As such, the book is not only an excellent study of the past, but also has important lessons for the present discussion about the possibility of politics in the new globalized economy." Bo Rothstein, Goeteborg University"Sheri Berman writes with great lucidity, analytic skill, and political sympathy about the undervalued social democrats of Europe. Everyone knows the story of fascist and Stalinist brutality in 20th century Europe; Berman tells another story, less known and often denied, of social democratic solidarity and compassion." Michael Walzer, Institute for Advanced Study"[A]mbitious and provocative... this is a strong, useful defense of a political ideology and a political movement that have done much good and fought evil with courage and lucidity." Foreign Affairs"...The Primacy of Politics is one of the most thought-provoking books on twentieth-century ideologies to appear for many years." Vernon Bogdanor, Times Literary Supplement"...this book is an excellent overview of the several strands of political thinking that began with the criticism of Marxist economic determinism and ended with the dominant role of social democracy, especially in the last half of the twentieth century in Europe." -Dietrich Orlow, H-German
Les mer
This book examines the history of social democracy from the late nineteenth century to today.
Sheri Berman is an Associate Professor of Political Science at Barnard College, Columbia University. She was previously Assistant Professor of Politics at Princeton University. She has held visiting positions at Goeteborg University, Sweden and the Remarque Institute and the Center for European Studies at New York University. She has also been a fellow at the Institute for Advanced Study in Princeton. She is the author of The Social Democratic Moment (1997). She has written articles for top political science journals including Perspectives on Politics, World Politics and Comparative Politics as well as publications such as Foreign Affairs, Dissent, and World Policy Journal.
Les mer
Nettpris:
346,-
Levering 3-20 dager 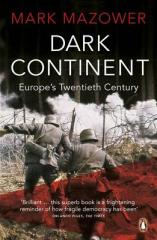 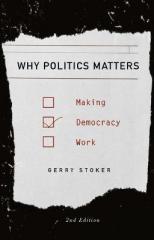 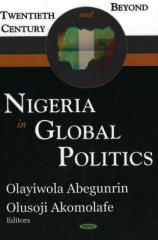 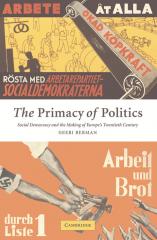