Moran, Laurence Horton, Robert Scrimgeour, Gray Perry, Marc Rawn, David Se alle
Heftet / 2013 / Engelsk
Principles of Biochemistry provides a concise introduction to fundamental concepts of biochemistry, striking the right balance of rigor and detail between the encyclopedic volumes and the cursory overview texts available today. Widely praised for accuracy, currency, and clarity of exposition, the Fifth Edition offers a new student-friendly design, an enhanced visual program, new Application Boxes, contemporary research integrated throughout, and updated end-of-chapter problems.
Les mer
(NOTE: Each chapter concludes with Summary, Problems, and Selected Reading.) Part One: Introduction 1 Introduction to Biochemistry 2 Water Part Two: Structure and Function 3 Amino Acids and the Primary Structures of Proteins 4 Proteins: Three-Dimensional Structure and Function 5 Properties of Enzymes 6 Mechanisms of Enzymes 7 Carbohydrates 8 Coenzymes and Vitamins 9 Lipids and Membranes Part Three: Metabolism and Bioenergetics 10 Introduction to Metabolism 11 Glycolysis 12 Gluconeogenesis, The Pentose Phosphate Pathway, and Glycogen Metabolism 13 The Citric Acid Cycle 14 Electron Transport and ATP Synthesis 15 Photosynthesis 16 Lipid Metabolism 17 Amino Acid Metabolism 18 Nucleotide Metabolism Part Four: Biological Information Flow 19 Nucleic Acids 20 DNA Replication, Repair, and Recombination 21 Transcription and RNA Processing 22 Protein Synthesis
Les mer
Laurence A. Moran After earning his Ph.D from Princeton University in 1974, Professor Moran spent four years at the Universite de Geneve in Switzerland. He has been a member of the Department of Biochemistry at the University of Toronto since 1978, specializing in molecular biology and molecular evolution. His research findings on heat-shock genes have been published in many scholarly journals. H. Robert Horton Dr. Horton, who received his Ph.D from the University of Missouri in 1962, is William Neal Reynolds Professor Emeritus and Alumni Distinguished Professor Emeritus in the Department of Biochemistry at North Carolina State University, where he served on the faculty for over 30 years. Most of Professor Horton's research was in protein and enzyme mechanisms. K. Gray Scrimgeour Professor Scrimgeour received his doctorate from the University of Washington in 1961 and has been a faculty member at the University of Toronto since 1967. He is the author of The Chemistry and Control of Enzymatic Reactions (1977, Academic Press), and his work on enzymatic systems has been published in more than 50 professional journal articles during the past 40 years. From 1984-1992, he was editor of the journal Biochemistry and Cell Biology. Marc D. Perry After earning his Ph.D. from the University of Toronto in 1988, Dr. Perry trained at the University of Colorado, where he studied sex determination in the nematode C. elegans. In 1994 he returned to the University of Toronto as a faculty member in the department of Molecular and Medical Genetics. His research has focused on developmental genetics, meiosis and bioinformatics. In 2004 he joined the Heart & Stroke / Richard Lewar Centre of Excellence in Cardiovascular Research in the University of Toronto's Faculty of Medicine.
Les mer
Nettpris:
646,-
Levering 2-6 dager 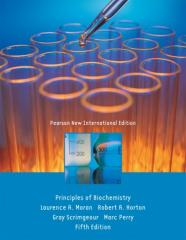 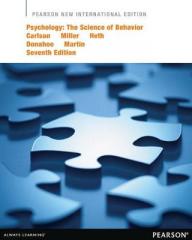