Durkheim, Emile
Digital bok / 2018 / Engelsk
Émile Durkheim is one of the founding fathers of sociology and Professional Ethics and Civic Morals is one of his most neglected yet insightful works. Durkheim's view that the instability of industrial society was connected to the decline of religion and his characterization of the state as the ultimate moral force in society reveal his lifelong engagement with the relationship between the individual and society. In Professional Ethics and Civic Morals Durkheim poses a major question: given the negative social consequences of unfettered markets, which caused what he termed ‘anomie’, how is the state to reconcile morality with the market? Durkheim argues that the answer is to be found in the evolution of a civil religion, in the form of professional codes and civic values, which would counteract the effects of individualism, just as guilds had regulated medieval economic life. Arguing that the state has a vital role to play in moral life and that morals are at bottom social facts – a controversial position which drew considerable criticism – Durkheim also argues that the state had a duty to protect the rights of the individual, via a form of cosmopolitan patriotism. Durkheim also articulates a highly original and critical interpretation of the rules around property and inheritance – a perspective which resonates with debates about inequality and the redistribution of wealth today. Included in this Routledge Classics edition is a new introduction by Bryan S.Turner, placing Durkheim in contemporary context and outlining the key tenets of Professional Ethics and Civic Morals.
Les mer
Nettpris:
70,- 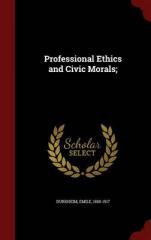 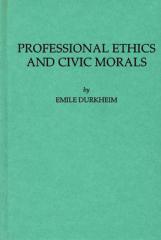 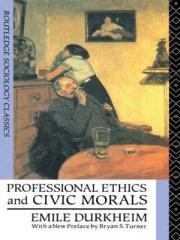 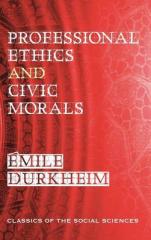