Tudor, Maya
Heftet / 2017 / Engelsk
Under what conditions are some developing countries able to create stable democracies while others have slid into instability and authoritarianism? To address this classic question at the center of policy and academic debates, The Promise of Power investigates a striking puzzle: why, upon the 1947 Partition of British India, was India able to establish a stable democracy while Pakistan created an unstable autocracy? Drawing on interviews, colonial correspondence, and early government records to document the genesis of two of the twentieth century's most celebrated independence movements, Maya Tudor refutes the prevailing notion that a country's democratization prospects can be directly attributed to its levels of economic development or inequality. Instead, she demonstrates that the differential strengths of India's and Pakistan's independence movements directly account for their divergent democratization trajectories. She also establishes that these movements were initially constructed to pursue historically conditioned class interests. By illuminating the source of this enduring contrast, The Promise of Power offers a broad theory of democracy's origins that will interest scholars and students of comparative politics, democratization, state-building, and South Asian political history.
Les mer
Under what conditions are some developing countries able to create stable democracies while others are perpetually prone to instability and authoritarianism? In The Promise of Power, Maya Tudor proposes a new understanding of the regime divergence between India and Pakistan following their twin independences in 1947.
Les mer
1. How India institutionalised democracy and Pakistan promoted autocracy; 2. The social origins of pro- and anti- democratic movements (1885-1919); 3. Imagining and institutionalizing new nations (1919-47); 4. Organizing alliances (1919-47); 5. Freedom at midnight and divergent democracies (1947-58); 6. The institutionalization of alliances in India, Pakistan, and beyond.
Les mer
'Acknowledging the importance of political parties to regime stability, Tudor moves further back the causal line of explanation by examining the conditions under which particular political parties first came into being and institutionalized the support of key elites. This monograph sheds new light on the origins of some of the systemic institutional, ideological and identity issues of India's and Pakistan's respective political regimes.' Rosheen Kabraji, International Affairs'This is a carefully researched and clearly written study that not only makes a compelling argument but also offers perceptive insights into the history of the Indian and Pakistani political movements. While the broader political and social contexts that accompany the narratives in the chapters are not necessarily new to readers familiar with the political history of India and Pakistan, the author must be commended for the convincing manner in which the historical conditions and circumstances in the lead up to 1947 and beyond are marshaled to support her overarching argument ... this illuminating book is an enjoyable read ... [It] is a valuable study that has much to offer to those wishing to comprehend the political dynamics of India and Pakistan. It is, at the same time, an important contribution to the literature on the challenges of democratization in postcolonial developing countries.' Tan Tai Yong, Pacific Affairs
Les mer
An examination of how, despite similar historical contexts, India became a stable democracy post-independence, whilst Pakistan became an unstable autocracy.
Maya Tudor is a Fellow in Politics at St John's College, Oxford. Her dissertation, upon which this book is based, won the American Political Science Association's Gabriel Almond Award for the Best Dissertation in Comparative Politics.
Les mer
Nettpris:
353,-
På lager, sendes nå 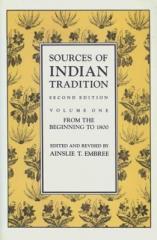 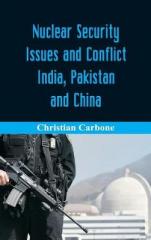