Rollin, Bernard
Innbundet / 2011 / Engelsk
A pioneer in animal ethics tells his story
A pioneer in animal ethics tells his story
Preface Prologue: The Beginning 1. Life in New York 2. Coming to CSU: The Start of My Animal Career 3. Veterinary Medicine 4. Ethics, Veterinary Medical Ethics, and Emerging Animal Ethics 5. The New Social Ethic for Animals: A Philosophical Approach to Animal Ethics 6. Companion Animals and Animal Advocates 7. Creating Law for Animal Research 8. The Deeper Meaning of the Laws 9. A Philosopher Looks at Scientific Ideology 10. Ideology and Consciousness 11. Ethical Issues in Animal Research and the Research-Animal Laws: Successes and Inadequacies 12. Pain and Ideology 13. Biotechnology 14. Animal Agriculture: Cowboys and Husbandry 15. Industrial Agriculture 16. Changing Industrial Agriculture 17. Odds, Beginnings, and Ends Acknowledgments References Index
Les mer
"Bernard E. Rollin's autobiography, is foremost, the story of his courageous struggle against animal cruelty and abuse, both professional and personal.... In this book he criticizes scientific ideology for being 'ethics-free' and speaks out against the (then) common denial by scientists of animal pain and consciousness.... Rollin, who now holds a range of illustrious professorships, has been one of the towering figures in animal protection for more than four decades. One can only salute his moral courage, his considerable learning, and his other tenacity in the face of opposition that would have destroyed lesser men."-The Times Literary Supplement"[A] mix of often hilarious biography, condensed and readable expositions of his approach to animal rights, and...later accounts of his battle to improve animal welfare in venues as diverse as veterinary education, shelter practices, research, rodeos, and industrial agriculture." -The Bark
Les mer
A pioneer in animal ethics tells his story
Bernard E. Rollin is Colorado State University Distinguished Professor of Philosophy and University Bioethicist. He is the author of more than 500 articles and fifteen books, the most recent of which is Science and Ethics. In 2005, Dr. Rollin was awarded the Henry Spira Award by the Johns Hopkins Center for Alternatives to Animal Testing.
Les mer
Nettpris:
536,-
Levering 3-20 dager 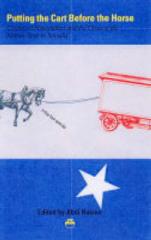 Putting The Cart Before The Horse Contested Nationalism and the Crisis of the Nation-State in Somalia
Heftet / 2005 / Engelsk
441,- 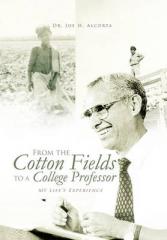