Mellor, Philip A. Shilling, Chris
Heftet / 1997 / Engelsk
`Enriches the concpetual arsenal for interdisciplinary analysis of political, social and cultural change... stimulates more nuanced thinking about the cultural and political legacy of the Reformation era... manages both to clarify tensions surrounding cultural and social integration in the late 20th century while underscoring the real historical complexity of modern bodies' - American Journal of Sociology Through an analysis of successive re-formations of the body, this innovative and penetrating book constructs a fascinating and wide-ranging account of how the creation and evolution of different patterns of human community are intimately related to the somatic experience of the sacred. The book places the relationship between the embodiment and the sacred at the crux of social theory, and casts a fresh light on the emergence and transformation of modernity. It critically examines the thesis that the rational projects of modern embodiment have 'died and gone to cyberspace', and suggests that we are witnessing the rise of a virulent, effervescent form of the sacred which is changing how people 'see' and 'keep in touch' with the world around them.
Les mer
`It is difficult to qualify excitement and enthusiasm for this book.... For those studying and teaching on the body... the book is an essential text....' - Sociology of Health and Illness `...enriches the conceptual arsenal for interdisciplinary analysis of political, social and cultural change...' - The American Journal of Sociology
Les mer
Introduction Re-formed Bodies Volatile Bodies, Sacred Communities Sinful Bodies, Profane Associations Janus-Faced Modernity Ambivalent Bodies Concluding Comments
'It is difficult to qualify excitement and enthusiasm for this book.... For those studying and teaching on the body... the book is an essential text.... It addresses mainstream theoretical concerns in a way that is well grounded historically and takes account of the complexity and subtlety of recent changes. It is clearly written and offers a well balanced introduction to a number of key sociological debates and concerns... [T]he book succeeds in casting new light on the emergence and development and transformation of the modern Western World' - Sociology of Health and Illness 'One can see from reading Mellor and Shilling the sophisticated developments that have taken place in social theory with regard to the body. Re-forming the Body provides a fascinating interweaving of literature aiming to create a whole new geneaology of the body in western religious thought.... By locating the sacred in the sensual relations of a group Mellor and Shilling break the traditional western division between the secular and the sacred.... What Mellor and Shilling provide is a stimulating and informative account of how the body is re-formed in various historical periods and how it seemingly resists thought' - Scottish Journal of Religious Studies `A real breakthrough. After a decade of teaching the sociology and anthropology of the body this is the essential text that I've been waiting for. A superb demonstration of how cultural and religious beliefs and practices help shape society' - Professor Ronald Frankenberg, University of Keele `Mellor and Shilling locate the historical transformation of the sacred and secular realms in a struggle between the banal bodies of conractarianism and the grotesque bodies of solidarity. They also identify the new stratifying and exclusionary techniques of the hard bodies in affluent and disengaged groups. The result is very much more subtle than many accounts of the postmodern habitus' - John O'Neill, York University, Toronto `A miracle of creative and critical synthesis which will get a sympathetic reception in many intellectual circles.... Ambitious, bold and provocative' - Jim Beckford, Professor of Sociology, University of Warwick Mellor and Schilling contribute to a growing sociological literature on "embodiment" as the matrix for both collective experience and the sense of self. Their nonteleological model uses ideal-types to examine the persistence of the sacred in Western development..The book and its bibliography will be a welcome overview in courses on the body and the sensoria. Readers in all disciplines who are interested in pursuing the important insight that the construction of reality is an embodied process will find this provocative reading' - American Journal of Sociology
Les mer
Philip Mellor is Professor of Religion and Social Theory at University of Leeds. Chris Shilling is Professor of Sociology in SSPSSR at the University of Kent at Canterbury, UK. Having completed a BA in Politics and an MA in Social and Political Thought at the University of Sussex, he was awarded his PhD in the Sociology of Education at The Open University. Growing increasingly dissatisfied with cognitive conceptions of agency and disembodied theories of social and cultural processes, his research and writing from the late 1980s has sought to contribute to the embodiment of sociology and sociological theory and to promote the interdisciplinary field of 'body studies.' He has lectured widely in Europe and North America, has written on embodiment in relation to a wide range of substantive issues (from religion, archaeology, sport, music and health and illness, to work, survival, technology and consumer culture) and his publicationshave been translated into a number of different languages. Chris Shilling's major books include Changing Bodies: Habit, Crisis and Creativity (Sage, 2008), Embodying Sociology: Retrospect, Progress and Prospects (editor, Blackwells, 2007), The Body in Culture, Technology and Society (Sage, 2005) and, with Philip A. Mellor, The Sociological Ambition (Sage, 2001) and Re-forming the Body. Religion, Community and Modernity (Sage, 1997). He is currently editor of The Sociological Review Monograph Series and is continuing to research and write on embodiment as a foundational grounding for social thought and social research.
Les mer
Nettpris:
609,-
Levering 3-20 dager 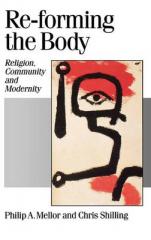 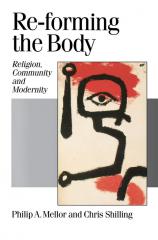 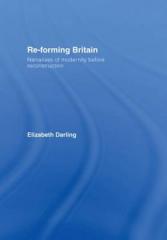 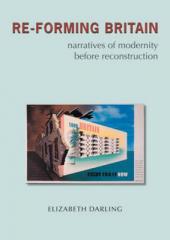