Religion and Power No Logos without Mythos

Religion and Power No Logos without Mythos

Martin, David
Heftet / 2014 / Engelsk
There are few more contentious issues than the relation of faith to power or the suggestion that religion is irrational compared with politics and peculiarly prone to violence. The former claim is associated with Juergen Habermas and the latter with Richard Dawkins. In this book David Martin argues, against Habermas, that religion and politics share a common mythic basis and that it is misleading to contrast the rationality of politics with the irrationality of religion. In contrast to Richard Dawkins (and New Atheists generally), Martin argues that the approach taken is brazenly unscientific and that the proclivity to violence is a shared feature of religion, nationalism and political ideology alike rooted in the demands of power and social solidarity. The book concludes by considering the changing ecology of faith and power at both centre and periphery in monuments, places and spaces.
Les mer
In this book David Martin argues, against Juergen Habermas, that religion and politics share a common mythic basis and that it is misleading to contrast the rationality of politics with the irrationality of religion. In contrast to Richard Dawkins (and New Atheists generally).
Les mer
Contents: Introduction; Secularisation, secularism and the post-secular: the power dimension. Part I Religion, War and Violence: The problematic; The rhetorical issue of sentences about religion and violence; Modes of truth and rival narratives; the rival narratives. Part II Religion and Nationalism, Religion and Politics: The political future of religion; Nationalism and religion: collective identity and choice; Charisma and founding fatherhood; Religion and politics; Religion, politics and secularisation; No logos without mythos. Part III Religion, Power and Emplacement: The historical ecology of European and North American religion; Inscribing the general theory of secularisation and its basic patterns in the space/time of the city; England and London; Moscow and Eurasia: centre and periphery, ethno-religion and voluntarism, secularisation and de-secularisation. Index.
Les mer
'At last, a book from a leading sociologist about the real relations between religion, politics, and violence. It sets the standard for future discussions.' Keith Ward, Oxford University, UK 'Not since the writings of R.H. Tawney have the sociological and moral imaginations been joined in such an eloquent defence of both reason and religion. Martin not only commits us to the most rigorous of reflections on religion and power, he also demands we engage with the power and authority of religion.' Adam Seligman, Boston University, USA 'The complicated and very varied relationships between faith and power can only be understood by making comparisons between different societies and at different points in their history. This is the great strength of David Martin's analysis. His knowledge is wide and he compares with great skill. It is a refreshing change from the ignorant and purely ideological analyses provided by our born-again atheists in which faith inevitably renders malign the exercise of power and anyway must give way to a brave new secular and enlightened world. David Martin has shown both that religious convictions and religious institutions continue to be directly and indirectly important in shaping the uses of power and that the consequences of this vary both by which religion we are considering and by the way faith is embedded in and interacts with other aspects of the social order. In this latter respect faith is no different from secular political beliefs and values. Truly a masterpiece of comparative sociology.' Christie Davies, Reading University, UK 'This book offers new insights into the evolution of religion, and its complex relations to modern nationalism and politics, relations characterized by both borrowing and opposition. Attempts to mark a neat separation between religion and the secular do more to obscure what is going on in our world than clarify the moral issues we face. David Martin's careful analysis casts floods of light on
Les mer
David Martin is Emeritus Professor of Sociology, LSE, UK, and Fellow of the British Academy. He was born in Mortlake, in 1929 and attended East Sheen Grammar School and Westminster College, In the latter part of a seven year period in primary school teaching he took a first class (external) degree in sociology in his spare time and won a post-graduate scholarship to the LSE. He became a lecturer in the LSE sociology department in 1962 and professor from 1971-89. After his first book on Pacifism (1965) he produced the first critique of secularisation theory (1965) and the first statement of a general theory of secularisation (1969 and 1978). From 1986-90 he was distinguished professor of Human Values at Southern Methodist University and turned to the study of global Pentecostalism, producing, the first summary statement of the world-wide Pentecostal phenomenon in 1990. He also returned to the issue of religion and violence and explored issues in music and nationalism and sociology and theology. His intellectual autobiography The Education of David Martin appeared in 2013.
Les mer
Nettpris:
368,-
Levering 3-20 dager 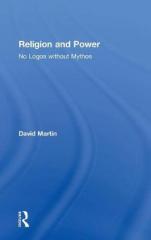 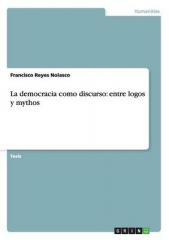 Fifth Report of Session 2008-09 - Report, Together with Formal Minutes, Oral and Written Evidence No Hope without Forests
Heftet / 2009 / Engelsk
379,- 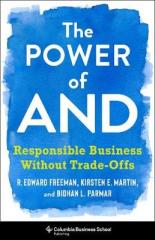