Religions in the Modern World Traditions and Transformations

Religions in the Modern World Traditions and Transformations

Woodhead, Linda, MBE Partridge, Christopher Kawanami, Hiroko
Heftet / 2016 / Engelsk
Religions in the Modern World: Traditions and Transformations, Third Edition is the ideal textbook for those coming to the study of religion for the first time, as well as for those who wish to keep up-to-date with the latest perspectives in the field. This third edition contains new and upgraded pedagogic features, including chapter summaries, key terms and definitions, and questions for reflection and discussion. The first part of the book considers the history and modern practices of the main religious traditions of the world, while the second analyzes trends from secularization to the rise of new spiritualities. Comprehensive and fully international in coverage, it is accessibly written by practicing and specialist teachers.
Les mer
Introduction - Linda Woodhead. 1. How to Study Religion - Kim Knott. 2. Hinduism - David Smith. 3. Buddhism - Cathy Cantwell and Hiroko Kawanami. 4. Sikhism - Gurinder Singh Mann. 5. Chinese Religions - Stephan Feuchtwang. 6. Judaism - Seth Kunin. 7. Christianity - Linda Woodhead. 8. Islam - Anna Bigelow. 9. Religion in Africa - Mark Faulkner. 10. Native American Religions - Kenneth Mello. 11. Spirituality - Giselle Vincett and Linda Woodhead. 12. Paganism - Graham Harvey. 13. Contemporary Esotericism - Kennet Granholm. 14. New Religious Movements - Douglas E. Cowan. 15. Religion and Migration - Manuel Vasquez. 16. Religion and Politics - Paul Djupe. 17. Religion and Violence - Ian Reader. 18. Religion and Gender - Linda Woodhead. 19. Religion and Popular Culture - Christopher Partridge. 20. Secularism and Secularization - Grace Davie, Rebecca Catto, and Linda Woodhead
Les mer
"We often throw a word like 'modern' around, as if we know what it means, or as if there were only one way of getting to or being modern. The present collection of essays on the religions and modernity (and on the modern study of religion) is a powerful reminder that we usually do not know what we are talking about, and that there are multiple religious modernities, each with their own specific political, colonial, economic, psychological, moral, and secular nuances. The volume is a model of comparative theorizing done precisely and deeply." Jeffrey J. Kripal, Rice University, USA
Les mer
Linda Woodhead is Professor of Sociology of Religion in the Department of Politics, Philosophy and Religion in Lancaster University, UK. She has published over twenty books, including A Sociology of Prayer (2015), Christianity: A Very Short Introduction (2nd edition, 2014), and Everyday Lived Islam in Europe (2013). Christopher Partridge is Professor of Religious Studies in the Department of Politics, Philosophy and Religion at Lancaster University, UK. He is the editor of The Occult World (Routledge, 2015). His research and writing focus on alternative spiritual currents, countercultures and popular music. Hiroko Kawanami is Senior Lecturer in Buddhist Studies in the Department of Politics, Philosophy and Religion at Lancaster University, UK. Her recent publications include Renunciation and Empowerment of Buddhist Nuns in Myanmar-Burma (2013) and Buddhism, International Relief Work, and Civil Society (2013, coedited with Geoffrey Samuel).
Les mer
Nettpris:
556,-
Levering 3-20 dager 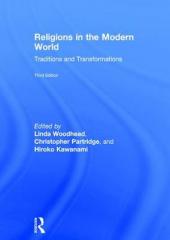 Religions in the Modern World Traditions and Transformations
Innbundet / 2016 / Engelsk
1.355,- 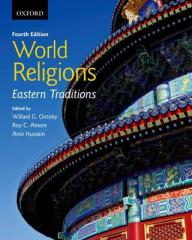 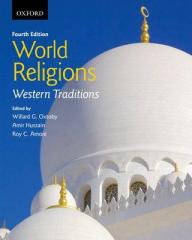 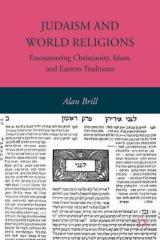