Schmidt, Vivien A. Thatcher, Mark
Heftet / 2013 / Engelsk
Why have neo-liberal economic ideas been so resilient since the 1980s, despite major intellectual challenges, crippling financial and political crises, and failure to deliver on their promises? Why do they repeatedly return, not only to survive but to thrive? This groundbreaking book proposes five lines of analysis to explain the dynamics of both continuity and change in neo-liberal ideas: the flexibility of neo-liberalism's core principles; the gaps between neo-liberal rhetoric and reality; the strength of neo-liberal discourse in debates; the power of interests in the strategic use of ideas; and the force of institutions in the embedding of neo-liberal ideas. The book's highly distinguished group of authors shows how these possible explanations apply across the most important domains - fiscal policy, the role of the state, welfare and labour markets, regulation of competition and financial markets, management of the Euro, and corporate governance - in the European Union and across European countries.
Les mer
Why have neoliberal economic ideas survived and thrived since the 1980s, taking Europe from boom to bust? This groundbreaking book examines how neoliberal ideas have influenced key areas of policy and politics both in the European Union and across European countries.
Les mer
Preface; 1. Theorizing ideational continuity: the resilience of neo-liberal ideas in Europe Vivien A. Schmidt and Mark Thatcher; Part I. Economy, State, and Society: 2. Neo-liberalism and fiscal conservatism Andrew Gamble; 3. Welfare-state transformations: from neo-liberalism to liberal neo-welfarism? Maurizio Ferrera; 4. The state: the bete noire of neo-liberalism or its greatest conquest? Vivien A. Schmidt and Cornelia Woll; Part II. Neo-liberalism in Major Policy Domains: 5. The collapse of the Brussels-Frankfurt consensus and the future of the euro Erik Jones; 6. Supranational neo-liberalization: the EU's regulatory model of economic markets Mark Thatcher; 7. Resilient neo-liberalism in European financial regulation Daniel Mugge; 8. Neo-liberalism and the working class hero: from organized to flexible labour markets Cathie Jo Martin; 9. European corporate governance: is there an alternative to neo-liberalism? Sigurt Vitols; Part III. Neo-liberalism in Comparative Perspective: 10. The resilience of Anglo-liberalism in the absence of growth: the UK and Irish cases Colin Hay and Nicola J. Smith; 11. Germany and Sweden in the crisis: re-coordination or resilient liberalism? Gerhard Schnyder and Gregory Jackson; 12. State transformation in Italy and France: technocratic versus political leadership on the road from non-liberalism to neo-liberalism Elisabetta Gualmini and Vivien A. Schmidt; 13. Reassessing the neo-liberal development model in Central and Eastern Europe Mitchell A. Orenstein; Part IV. Conclusion: 14. Conclusion: explaining the resilience of neo-liberalism and possible pathways out Mark Thatcher and Vivien A. Schmidt.
Les mer
'Given the abject failure of neo-liberalism's latest policy offering - austerity - to promote growth in Europe, why are neo-liberal ideas and policies still the only game in town? The answer to such a simple question involves multiple threads of explanation, linking powerful interests to ideational plasticity, and institutional stickiness. Schmidt, Thatcher, and their collaborators have delivered a volume that gives us powerful answers to these pressing questions.' Mark Blyth, author of Austerity: The History of a Dangerous Idea'Neo-liberalism persists, paradoxically, as a dominant approach to European policymaking despite mountains of evidence showing that it fails to deliver on its promises. In Resilient Liberalism in Europe's Political Economy an outstanding team of social scientists explains this paradox by showing how neo-liberalism's malleability, partial implementation, discursive and institutional advantages and powerful supporters have frustrated most efforts to sweep it aside. In doing so they provide lessons about how we might defend against neo-liberalism in the future ...' John L. Campbell, Class of 1925 Professor, Dartmouth College, and Professor of Political Economy, Copenhagen Business School'The neo-liberal trust in efficient markets has failed dramatically in the present crises, but the paradigm still seems to shape economic and social policies in Europe. The contributors to this volume have documented the resilience of neo-liberal beliefs and practices in a range of crucial policy fields and they succeed in explaining specific policy trajectories within a common frame of reference. Intellectually exciting and immensely enlightening.' Fritz W. Scharpf, Director Emeritus, Max Planck Institute for the Study of Societies, Cologne'The major contribution made by this volume, then, is not the rigid definition of an ideology, but the identification of particular traits of Anglophone capitalism that have spread under a particular moniker ... any scholar working in analysis of modern political economy would do well to study this volume. It contains many insights that are cogent with topical debates.' Greg Barnes, Journal of Common Market Studies
Les mer
This book explains why neoliberal economic ideas have not just survived, but thrived since the 1980s - taking Europe from boom to bust.
Vivien A. Schmidt is Jean Monnet Professor of European Integration and Professor of International Relations and Political Science at Boston University and Founding Director of Boston University's Center for the Study of Europe. Mark Thatcher is Professor in Comparative and International Politics in the Department of Government at the London School of Economics and Political Science.
Les mer
Nettpris:
353,-
På lager, sendes nå 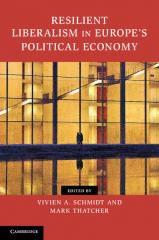 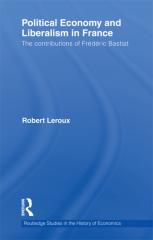 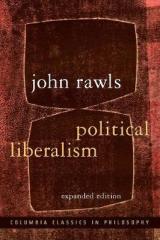