Eakins, Stanley G. McNally, William
Lisensnøkkel fysisk / 2017 / Engelsk
For undergraduate courses in Corporate Finance. Core financial concepts delivered through a dynamic and engaging learning experience Revel (TM) Corporate Finance Online (CFO), 2nd Edition offers core financial content while enabling readers to interact with the material like never before. This fully online and interactive environment seamlessly integrates dynamic media into the narrative-including financial interactives, videos, and tracked practice opportunities. Designed for the way readers read, think, and learn, Revel CFO lets individuals gauge their understanding of the material and practice in areas where they need it most-all in one continuous experience. This in turn helps readers see the value of finance in their everyday lives and the workplace. NOTE: Revel is a fully digital delivery of Pearson content. This ISBN is for the standalone Revel access card. In addition to this access card, you will need a course invite link, provided by your instructor, to register for and use Revel.
Les mer
1. Introduction to Finance 2. Financial Statement and Ratio Analysis 3. Introduction to Time Value of Money 4. Annuities and Loans 5. Introduction to Risk and Return 6. Portfolio Theory 7. Interest Rates and Bonds 8. Stock Valuation and Market Efficiency 9. Capital Budgeting: Introduction and Techniques 10. Capital Budgeting: Estimating Cash Flows 11. Cost of Capital 12. Capital Structure 13. Dividends, Repurchases, and Splits 14. Financial Planning and Forecasting 15. The Management of Working Capital 16. International Finance 17. Corporate Valuation 18. Futures and Options
Les mer
Stan Eakins received his PhD from Arizona State University in 1990. Prior to beginning his academic work, he gained practical experience serving as vice president and comptroller at the First National Bank of Fairbanks and as a commercial and real estate loan officer. A founder of Denali title and escrow agency, a title insurance company in Fairbanks, Alaska, he also ran the operations side of a bank and was the chief finance officer for a multimillion-dollar construction and development company. Eakins is a leader in the evolution of online learning in finance and business programs. Since 1998, he has been teaching online courses and in 2003 developed, with Pearson, an online product for the introduction to corporate finance course (dotLearn). In his time as Associate Dean of the College of Business and Chair of the Department of Finance at Eastern Carolina University (ECU), he spearheaded the creation of ECU's online MBA and undergraduate business programs. The online MBA program, which enrolls 800 online students annually, is ranked 40th in the nation by US News and World Report (2013). Eakins is currently the Dean of the College of Business. Professor Eakins is the coauthor of Financial Markets and Institutions, 7th Edition, with Rick Mishkin, published by Pearson/Prentice Hall and used by universities around the world. It is currently the best selling Markets and Institutions text on the market. He is also a commissioner on the Greenville Utilities Board and serves on its finance committee. William J. McNally is an Associate Professor of finance at the School of Business and Economics at Wilfrid Laurier University. Laurier is Canada's largest English-language undergraduate business program and has the largest finance co-op program in Canada. McNally received his MA in economics from Simon Fraser University in 1986 and subsequently worked as an economic consultant and as a research economist at the Fraser Institute, an economic think-tank. In 1993, he received his PhD in finance from the University of Toronto. After leaving Toronto, he taught at the University of Victoria. In 1999, he joined the faculty at Laurier. His primary research interests are in stock repurchases, insider trading, and market microstructure. McNally's research has been published in journals such as Financial Management, the Journal of Applied Corporate Finance, the Journal of Banking and Finance, and the Journal of Financial Research. McNally is a founder and ongoing supervisor of the Laurier Student Investment Fund. In 2006, he self-published an online introductory finance textbook titled iFinance. He co-developed the web platform for iFinance with then-student programmers at Tempic Inc.
Les mer
Nettpris:
1.292,-
Levering 3-20 dager 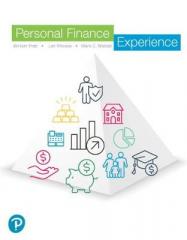 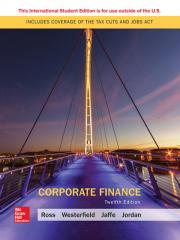