Edwards, Jason A. Weiss, David
Heftet / 2011 / Engelsk
The American experience has been defined, in part, by the rhetoric of exceptionalism. This book of 11 critical essays explores the notion as it is manifested across a range of contexts, including the presidency, foreign policy, religion, economics, American history, television news and sports. The idea of exceptionalism is explored through the words of its champions and its challengers, past and present. By studying how the principles of American exceptionalism have been used, adapted, challenged, and even rejected, this volume demonstrates the continued importance of exceptionalism to the mythology, sense of place, direction and identity of the United States, within and outside of the realm of politics.
Les mer
"The writers take turns championing and challenging the notion of American exceptionalism...a lot of today's issues have their roots in the idea of American exceptionalism...a good introduction...an important subject"--Enterprise News
Les mer
Jason A. Edwards is an assistant professor of communication studies at Bridgewater State University. His research interests center on the intersections of presidential rhetoric, American foreign policy culture and international politics.David Weiss is an assistant professor of media studies and political communication at Montana State University-Billings. His research interests include critical media discourse, representations of "culture war" issues in popular culture, and religious communication in the political and public sphere.
Les mer
Nettpris:
528,-
Levering 3-20 dager 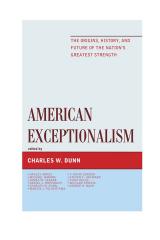 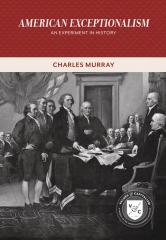 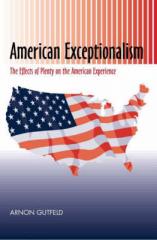