Olsen, Bjørnar
Digital bok / 2018 / Engelsk
Since the nineteenth century, mass-production, consumerism and cycles of material replacement have accelerated; increasingly larger amounts of things are increasingly victimized rapidly and made redundant. At the same time, processes of destruction have immensely intensified, although largely overlooked when compared to the research and social significance devoted to consumption and production. The outcome is a ruin landscape of derelict factories, closed shopping malls, overgrown bunkers and redundant mining towns; a ghostly world of decaying modern debris normally omitted from academic concerns and conventional histories. The archaeology of the recent or contemporary past has grown fast during the last decade. This development has been concurrent with a broader popular, artistic and scholarly interest in modern ruins in general. Ruin Memories explores how the ruins of modernity are conceived and assigned cultural value in contemporary academic and public discourses, reassesses the cultural and historical value of modern ruins and suggests possible means for reaffirming their cultural and historic significance. Crucial for this reassessment is a concern with decay and ruination, and with the role things play in expressing the neglected, unsuccessful and ineffable. Abandonment and ruination is usually understood negatively through the tropes of loss and deprivation; things are degraded and humiliated while the information, knowledge and memory embedded in them become lost along the way. Without even ignoring its many negative and traumatizing aspects, a main question addressed in this book is whether ruination also can be seen as an act of disclosure. If ruination disturbs the routinized and ready-to-hand, to what extent can it also be seen as a recovery of memory as exposing meanings and presences that perhaps are only possible to grasp at second hand when no longer immersed in their withdrawn and useful reality? Anybody interested in the archaeology of the contemporary past will find Ruin Memories an essential guide to the very latest theoretical research in this emerging field of archaeological thought.
Les mer
Nettpris:
169,-

Ruin Memories Materialities, Aesthetics and the Archaeology of the Recent Past
Heftet / 2019 / Engelsk
532,- 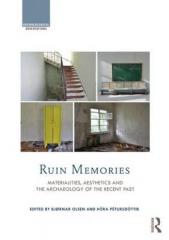 Ruin Memories Materialities, Aesthetics and the Archaeology of the Recent Past
Innbundet / 2014 / Engelsk
2.226,- 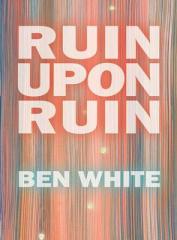 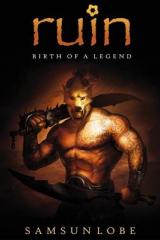