Strauss-Schom, Alan
Innbundet / 2018 / Engelsk
'Louis Napoleon's story is certainly remarkable. Alan Strauss-Schom tells it with brio in The Shadow Emperor... This is a boldly revisionist biography... For all the corruption and repression that marked his reign, Louis Napoleon may have done more for France than his famous uncle.' (Alan Massie, Wall Street Journal) This is the definitive biography, and the first in twenty years, of Louis-Napoleon III, whose controversial achievements have notoriously divided historians. Here, pre-eminent Napoleon Bonaparte expert and Pulitzer Prize-nominated historian Alan Strauss-Schom focuses on his successor Louis-Napoleon, overshadowed for too long by his more romanticized forebear. Strauss-Schom employs years of primary source research to explore the massive cultural, social, economical, financial, international, and military impact of France's most polarizing emperor. Louis-Napoleon completely revolutionized the state and the economy, but amid gross financial scandals. His expansion of the French Empire was praised by the French military and resisted by the socialists. He expanded the railways to rival England's; created new transoceanic steamship lines and a modern navy; introduced a new banking sector supported by seemingly unlimited venture capital; and even oversaw the creation of the first large department stores. Napoleon III wanted to surpass the legacy of his famous uncle, Napoleon I. In The Shadow Emperor, Alan StraussSchom sets out his true legacy.
Les mer
Napoleon III is brought out of the shadows of Napoleon Bonaparte by a prize-winning historian: 'An excellent biography... In these pages, he emerges as the underwriter of modern France... This work's perceptive synthesis of recent research... and fast-paced narrative will attract general readers.' Publishers Weekly
Les mer
Alan Strauss-Schom is a critically acclaimed author and historian. He has received Pulitzer Prize and National Book Award nominations for One Hundred Days: Napoleon's Road to Waterloo, Trafalgar, Countdown to Battle, 1803-1805, and Napoleon Bonaparte which took second place in the Los Angeles Times Best Biography of the Year category, 1997. It was also one of Library Journal's top five biographies of that year and nominated for a Critics Circle Award.
Les mer
Nettpris:
420,-
Levering 3-20 dager 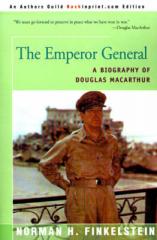