Giordan, Giuseppe Woodhead, Linda, MBE
Heftet / 2015 / Engelsk
Prayer is a central aspect of religion. Even amongst those who have abandoned organized religion levels of prayer remain high. Yet the most basic questions remain unaddressed: What exactly is prayer? How does it vary? Why do people pray and in what situations and settings? Does prayer imply a god, and if so, what sort? A Sociology of Prayer addresses these fundamental questions and opens up important new debates. Drawing from religion, sociology of religion, anthropology, and historical perspectives, the contributors focus on prayer as a social as well as a personal matter and situate prayer in the conditions of complex late modern societies worldwide. Presenting fresh empirical data in relation to original theorising, the volume also examines the material aspects of prayer, including the objects, bodies, symbols, and spaces with which it may be integrally connected.
Les mer
Contents: Introduction: You never know. Prayer as enchantment, Giuseppe Giordan; Prayer as practice: an interpretative proposal, Carlo Genova; For youth, prayer is relationship, Michael C. Mason; Pentecostal prayer as personal communication and invisible institutional work, Yannick Fer; Transcendence and immanence in public and private prayer, Martin Stringer; Prayer as a tool in Swedish Pentecostalism, Emir Mahieddin; Contrasting regimes of Sufi prayer and emotion work in the Indonesian Islamic revival, Julia Day Howell; A socio-anthropological analysis of forms of prayer among the Amish, Andrea Borella; Filipino Catholic students and prayer as conversation with God, Jayeel Serrano Cornelio; The embodiment of prayer in charismatic Christianity, Michael Wilkinson and Peter Althouse; Prayer requests in an English cathedral, and a new analytic framework for intercessory prayer, Tania ap SiAn; An analysis of hospital chapel prayer requests, Peter Collins; Conclusion: Prayer as changing the subject, Linda Woodhead; Index.
Les mer
'An astonishing array of insights about something generally neglected and taken for granted: what are people up to when they pray? The fresh, empirically-based contributions will engage and inform readers. Most importantly, the collection helps move forward the only recently-opened discussion about the sociality and relationality of prayer, a practice that persists within and on the borders of the sacred and the secular.' Abby Day, Goldsmiths, University of London, UK 'Insightfully, in her conclusion, Linda Woodhead considers prayer as changing the subject . The chapters brought together in this book help us to understand why. Each of them makes a distinctive contribution to a topic that is insufficiently understood by sociologists.' Grace Davie, University of Exeter, UK 'For those living within western cultures, prayer remains one of the most perplexing of religious phenomena. This collection of essays approaches prayer as a social fact, as patterns of behaviour that confer meaning within the lives of individuals and communities across the globe. It takes seriously the ways in which acts of prayer are shaped by their social context, and as such, challenges the assumption that prayer is always individual and self-serving, instead highlighting its social consequences, such as the cultivation of relationships and civic responsibility, and the reinforcement of community boundaries. These essays are international in scope, and offer an important contribution to the international sociology of religion. Those who want to understand better why prayer endures as a social phenomenon would do well to engage seriously with this book.' Mathew Guest, University of Durham, UK
Les mer
Giuseppe Giordan is Associate Professor of Sociology of Religion at the University of Padua (Italy). He is Co-Editor of the Annual Review of the Sociology of Religion (Brill), elected member of the Executive Council of the Association for the Sociology of Religion, and served as General Secretary of the International Society for the Sociology of Religion from 2009 to 2013. His books include Identity and Pluralism. The Values of the Post-Modern Time. New York: Center for Migration Studies, 2004; Vocation and Social Context (ed.), Leiden: Brill, 2007; Conversion in the Age of Pluralism (ed.), Leiden: Brill, 2009; Youth and Religion, Annual Review of the Sociology of Religion (ed.), 1, Leiden Brill, 2010; Religion, Spirituality and Everyday Practices (ed. with William H. Swatos, Jr.) New York: Springer, 2011. Linda Woodhead is Professor of Sociology of Religion at Lancaster University, and Director of the AGBP12m AHRC/ESRC Research Programme on Religion and Society. Her books include Religion and Change in Modern Britain, ed. with Rebecca Catto, London: Routledge, 2012; A Sociology of Religious Emotion, with Ole Riis, Oxford: OUP, 2010; The Spiritual Revolution: Why Religion is Giving Way to Spirituality, with Paul Heelas, Blackwell, 2005; An Introduction to Christianity, Cambridge University Press, 2004. Edited and co-edited books include Religions in the Modern World 2nd edition, London: Routledge, 2009; Congregational Studies in the UK, Aldershot: Ashgate, 2004; Predicting Religion: Christian, Secular and Alternative Futures, Aldershot: Ashgate, 2003; Peter Berger and the Study of Religion, London: Routledge, 2002; Reinventing Christianity: Nineteenth Century Contexts, Aldershot: Ashgate, 2001; Religion in Modern Times, Oxford: Blackwell.
Les mer
Nettpris:
368,-
Levering 3-20 dager 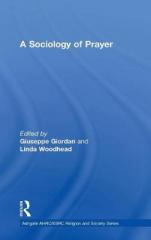 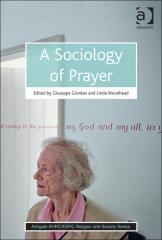 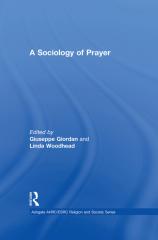 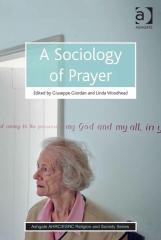