Gilmartin, David Price, Pamela Ruud, Arild Engelsen
Innbundet / 2019 / Engelsk
This book brings ethnographies of everyday power and ritual into dialogue with intellectual studies of theology and political theory. It underscores the importance of academic collaboration between scholars of religion, anthropology, and history in uncovering the structures of thinking and action that make politics work. The volume weaves important discussions around sovereignty in modern South Asian history with debates elsewhere on the world map. South Asia's colonial history - especially India's twentieth-century emergence as the world's largest democracy - has made the subcontinent a critical arena for thinking about how transformations and continuities in conceptions of sovereignty provide a vital frame for tracking shifts in political order. The chapters deal with themes such as sovereignty, kingship, democracy, governance, reason, people, nation, colonialism, rule of law, courts, autonomy, and authority, especially within the context of India, Bangladesh, and Pakistan. The book will be of great interest to scholars and researchers in politics, ideology, religion, sociology, history, and political culture, as well as the informed reader interested in South Asian studies.
Les mer
Introduction: South Asian sovereignty: the conundrum of worldly power David Gilmartin PART I Law, religion, and sovereignty in India 1 Sovereign struggles: governance and mathas under British imperial rule in South India Pamela Price 2 The guru as legislator: religious leadership and informal legal space in rural South India Aya Ikegame 3 Time and the sovereignty of the people David Gilmartin PART II Kingship reconfigured 4 Deities, alliances, and the power over life and death: exploring royal sovereignty and its tenacity in a former princely state in Odisha Uwe Skoda 5 Dynastic continuity and election in contemporary Karnataka politics Caleb Simmons 6 Circuits of protection and extortion: sovereignty in a provincial North Indian town Lucia Michelutti PART III The nation and the sovereign imagination 7 Messianism and the Constitution of Pakistan Azfar Moin 8 Sovereign sensibilities: Gunday and the nation as the self Arild Engelsen Ruud Afterword: we have other ideas Jonathan Spencer Index
Les mer
'The examples raised across the essays in this volume . . . present legitimacy as a function of sovereignty, unstable and contradictory as [it tends] to be . . . The essays demystify the enchantments of sovereign kings or voters and the kinds of violence they legislate. This is deconstruction at its best.' Uday Chandra, Georgetown University, Qatar 'This fascinating collection of essays interrogates sovereignty through its tensions with the legitimacy of political power and authority in South Asia. As they move from kingship and nationalism to legal and religious institutions, these interdisciplinary contributions provide a rich historical context that greatly illuminates how international imperialism transformed indigenous structures in the South Asian subcontinent. The solid empirical work here will resonate with studies of modern colonialism in other parts of the globe.' Douglas Howland, Buck Professor of Chinese History, University of Wisconsin-Milwaukee, USA 'We live in an age of clamouring sovereignties. Every current social and political movement, from Kurdish nationalism to the LGBT, grounds its claims in calls for self-determination and rule. This carefully crafted volume reaches deep into the clamour of South Asian politics to reveal how it draws on and clashes against the transcendent. This is as much a book for scholars of South Asia as it is for anyone interested in the chaos of politics around the world.' Anastasia Piliavsky, India Institute at King's College London, UK
Les mer
David Gilmartin is Distinguished Professor of History at North Carolina State University, USA. His current research focuses on the legal history of India's electoral institutions as they have evolved from a colonial past and changed in relation to evolving visions of the people's sovereignty. His earlier books include Blood and Water: The Indus River Basin in Modern History (2015), Civilization and Modernity: Narrating the Creation of Pakistan (2014), and Empire and Islam: Punjab and the Making of Pakistan (1988). Pamela Price is Professor Emerita of South Asian History at the University of Oslo, Norway. She began her research on political culture working on colonial South India and has published, among others, Kingship and Political Practice in Colonial India (1996). Moving onto post-colonial topics, she edited Power and Influence in India: Bosses, Lords and Captains (2010, with Arild Engelsen Ruud). A collection of her articles appears in State, Politics, and Cultures in Modern South India: Honour, Authority, and Morality (2013). Arild Engelsen Ruud is Professor of South Asia Studies at the University of Oslo, Norway. He writes on issues of democracy and politics in South Asia, specifically West Bengal and Bangladesh. He is the author of Poetics of Village Politics: The Making of West Bengal's Rural Communism (2003), co-editor of Power and Influence in India (2010, with Pamela Price), and co-author of Mafia Raj (2018, with Lucia Michelutti et al.).
Les mer
Nettpris:
1.452,-
Levering 3-20 dager 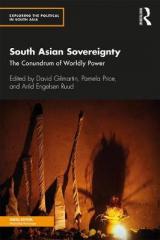 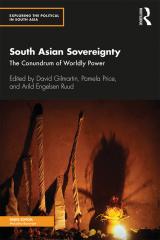 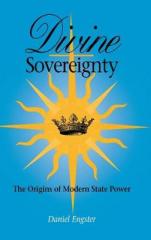 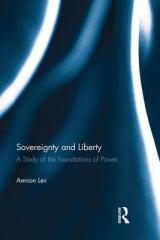