Stanislavski in Practice - The Film Part One: Work on the actor

Stanislavski in Practice - The Film Part One: Work on the actor

O'Brien, Nick
DVD-ROM / 2014 / Engelsk
"A how-to guide, full of classroom exercises ... the book, which is meant to be used by students and instructors alike, is a wild success--the writing is clear, and the solid, down-to-earth exercises unravel the "mystery" of Stanislavski." E. C. Skiles; Lone Star College-Kingwood, CHOICE "Outstanding ... this DVD will take practical approaches to Stanislavski to a whole new level." Alan Perks, Chief Examiner, Edexcel A Level Stanislavski in Practice - The Film (Part One) brings the Stanislavski System fully to life for the first time, with over 100 minutes of footage. The film follows a group of seven acting students as they are introduced to the System. Guided by Nick O'Brien, the students undertake a complete course in the System, including: Imagination Physical tensions Free body Communication Natural silences Tempo-rhythm Movement and awareness Each area is explored practically and clearly, with exercises based on those used by Stanislavski at the Moscow Art Theatre. As a close companion to O'Brien's book for school students, Stanislavski in Practice, this DVD focusses on each student's process of observing, experiencing and learning, as well as on the teacher's instruction. It provides an invaluable alternative or supplement to reading the book and practicing the exercises in class, in a workshop or at home. As a step-by-step guide to working with Stanislavski's System, this is an unparalleled package of resources for anyone looking to become a better actor.
Les mer
Work on the actor Chapter 1 Introduction Chapter 2 Imagination Exercises `The Beach' and `Within a Circumstance' Chapter 3 Physical tensions Exercises `Physical Tensions' and `The tensions in others' Chapter 4 Free body Exercise `Relaxation` Chapter 5 Communication Exercises `Communication' and `Sending and Receiving Rays' Chapter 6 Communication 2 Exercise `Picking up the Rays' Chapter 7 The Natural Silence Exercise `The Natural Silence' Chapter 8 Tempo-Rhythm Exercise `Tempo-Rhythm ` and `Tempo-rhythm and the character' Chapter 9 Movement and Awareness Exercise `The Flexibility of Movement' and `Awareness' Chapter 10 Bringing it all together Introduction to Part 2 - Work on a role Part 2 Coming Soon! Work on a role Part 2 follows the students as they put the skills they have learnt into practice with a role using A Streetcar Named Desire. Objectives Action Action Exercises Events and unexpected events Life in Art Exercise The super objective and germ The rehearsal process using A Streetcar Named Desire Experiencing a role Active Analysis with A Streetcar named Desire.
Les mer
"A clear, interesting and useful introduction to Stanislavski's techniques for releasing the actor." - Sarah Lambie, Teaching Drama
Nick O'Brien Nick trained as an Actor and Director for 4 years under Sam Kogan who was a pupil of Maria Knebel one of Stanislavski's pupils at the Moscow Art Theatre. He has written Stanislavski in Practice and Theatre in Practice both for Routledge, he writes a regular `Practitioner' page in the Teaching Drama Magazine and has just written the preface for the new Methuen edition of Stanislavski's Building a Character. Nick founded and runs The Stanislavski Experience a drama workshop company which runs workshops and teacher training across the UK and beyond. Nick trained as an Actor and Director at the Academy of the Science of Acting and Directing. He has a PGCE in Drama from Keele University. He has recently completed filming on Yesterday We Were in America and a run as Lomov in Chekhov's The Proposal. Theatre credits include Anuchkin in Marriage at the Schepkin Theatre, Elyot Chase in Private Lives at the Shaw Theatre, Seeley in Pinter's A Night Out, Stags and Hens at The Gatehouse, Noises Off, Cards of The Gambler, Frank in Fen, Yang Sun in the Good Person of Sechuan, Bamforth in The Long, The Short and The Tall, and touring as Bruce Delamitri in Ben Elton's Popcorn. Film credits include D.C. Smith in Mysophobia, D.I. Slater in Finding Eduardo, and Simon in Serenading Rodents. Television credits include Joe in Band of Brothers, Alex in Hide'n'Seek and Vanya in The Life of Stanislavski .Recent Directing credits include One Flew over the Cuckoos Nest, Top Girls, The Assembley Women, Pinter's Old Times, Chekhov's The Bear , The Caucasian Chalk Circle, The Secret Diary of Adrian Mole and the Joseph O'Connor play Red Roses and Petrol. Nick taught Stanislavski based Acting technique at Excel School of Performing Arts and B.S.A. he is also Head of Drama at the New London Performing Arts Centre. Peter J Walsh Peter has an extensive background as a Director/Producer/Editor making music promos (five top ten promos), commercials (two top ten viral commercials) drama and documentaries.
Les mer
Nettpris:
718,-
Levering 3-20 dager 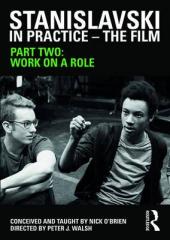 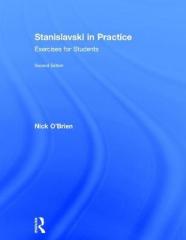 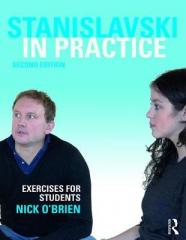 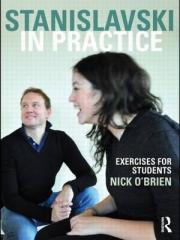