Studies in Social and Political Theory

Studies in Social and Political Theory

Giddens, Anthony
Heftet / 2015 / Engelsk
The studies which comprise this book are essentially organized around a critical encounter with European social theory in its 'classical period' - i.e. from the middle years of the nineteenth century until the First World War - and have the aim of working out some of the implications of that encounter for the position and prospects of the social sciences today. The issues involved relate to the following series of problems: method and epistemology; social development and transformation; the origins of 'sociology' in nineteenth-century social theory; and the status of social science as critique. In each of these areas, Giddens develops views that challenge existing orthodoxies, and connects these ideas to a reconstruction of social theory in the contemporary era.
Les mer
Introduction: Some Issues in the Social Sciences Today. 1. Positivism and Its Critics. Max Weber on Facts and Values 2. Functionalism: apres la lutte. Notes on the Theory of Structuration 3. Habermas's Critique of Hermeneutics 4. Hermeneutics, Ethnomethodology and Problems of Interpretive Analysis. Max Weber on Interpretive Sociology 5. Marx, Weber and the Development of Capitalism. Marx and Weber: Problems of Class Structure 6. Four Myths in the History of Social Thought 7. Durkheim's Political Sociology 8. The 'Individual' in the Writings of Emile Durkheim. Durkheim on Social Facts 9. A Theory of Suicide. The Suicide Problem in French Sociology 10. 'Power' in the Writings of Talcott Parsons. Remarks on the Theory of Power
Les mer
Nettpris:
506,-
Levering 3-20 dager 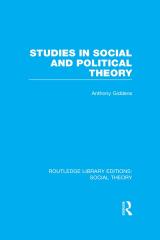 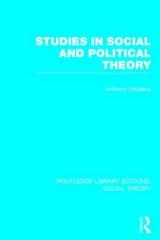 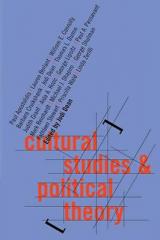 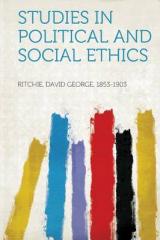