Shaw, Philip
Heftet / 2017 / Engelsk
Related to ideas of the great, the awe-inspiring and the overpowering, the sublime has been debated for centuries amongst writers, artists, philosophers and theorists and has become a complex yet crucial concept in many disciplines. In this thoroughly updated edition, Philip Shaw looks at: Early modern and post-Romantic conceptions of the sublime in two brand new chapters The legacy of the earliest classical theories, through those of the long eighteenth century to modernist, postmodernist and avant-garde conceptions of the sublime Critical Introductions to major theorists of the sublime such as Longinus, Burke, Kant, Schopenhauer, Nietzsche, Derrida, Lyotard, Lacan and Zizek The significance of the concept through a range of literary readings, including the Old and New Testaments, Homer, Milton and writing from the Romantic period to the present day How the concept of the sublime has affected other art forms such as painting and film, from abstract expressionism to David Lynch's neo-noir The influence of the sublime on recent debates in the fields of politics, theology and psychoanalysis. Offering historical overviews and explanations, this remarkably clear study is essential reading for students of literature, critical and cultural theory.
Les mer
Introduction 1. Before (and After) Longinus 2. Sublimity in the Eighteenth Century 3. Burke: A Philosophical Enquiry 4. Kant: The Analytic of the Sublime 5. The Romantic Sublime 6. Modernism and the Sublime 7. The Sublime is Now (and Again) Afterword Glossary Bibliography
Les mer
Philip Shaw is Professor of Romantic Studies in the School of Arts at the University of Leicester, UK.
Nettpris:
317,-
Levering 2-6 dager 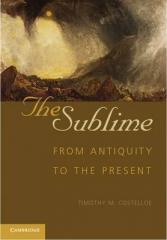 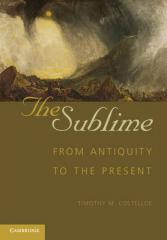 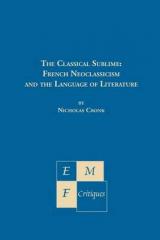 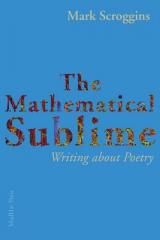