Heftet / 2009 / Engelsk
The Tale of Sinuhe, from c.1875 BC, has been acclaimed as the supreme masterpiece of Ancient Egyptian poetry, a perfect fusion of monumental, dramatic, and lyrical styles, and a passionate probing of its culture's ideals and anxieties. This anthology contains all the substantial surviving works from the golden age of Egyptian fictional literature. Composed by an anonymous author in the form of a funerary autobiography the Tale tells how the courtier Sinuhe flees Egypt at the death of his king. Other works from the Middle Kingdom (c.1940-1640 BC) include a poetic dialogue between a man and his soul on the problem of suffering and death, a teaching about the nature of wisdom spoken by the ghost of the assassinated King Amenemhat I, and a series of light-hearted tales of wonder from the court of the builder of the Great Pyramid. These new translations draw on recent and innovative advances in Egyptology, and together with contextualizing introductions and notes to each work provide for the first time a literary reading of these ambiguous and fascinating poems to enable the modern reader to experience them as much as their original audience did, three thousand years ago. ABOUT THE SERIES: For over 100 years Oxford World's Classics has made available the widest range of literature from around the globe. Each affordable volume reflects Oxford's commitment to scholarship, providing the most accurate text plus a wealth of other valuable features, including expert introductions by leading authorities, helpful notes to clarify the text, up-to-date bibliographies for further study, and much more.
Les mer
Classicists interested in the development of ancient lyric and epic will find plenty to enjoy in Parkinson's elegant and subtle collection of translations of the principal Egyptian literary texts dating to the period known as the Middle Kingdom ... His beautiful translations and thorough, informative yet unobtrusive commentaries work together to convey strongly the poetic qualities of the Egyptian originals ... Parkinson has produced a book of lasting value here, whose high quality and easy yet authoritative presentation will make these too-long-obscure poems accessible to a wider audience in comparative literary studies, and (I hope) beyond. * Dominic Montserrat, The Classical Review *
Les mer
Nettpris:
160,-
Levering 3-20 dager 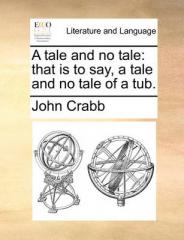 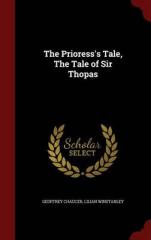