Teaching, Learning, Literacy in Our High-Risk High-Tech World: A Framework for Becoming Human

Teaching, Learning, Literacy in Our High-Risk High-Tech World: A Framework for Becoming Human

Gee, James Paul
Digital bok / 2018 / Engelsk
This is a profound look at learning, language, and literacy. It is also about brains and bodies. And it is about talk, texts, media, and society. These topics, though usually studied in different narrow academic silos, are all part of one highly interactive process—human development. Gee argues that children will need to be resilient, imaginative, hopeful, and deliberate learners to survive the deeply complex and unpredictable world in which they live. In a world beset by conflicting ideologies that give rise to hatred, violence, and war, Gee urges us to look to a broader set of ideas from seemingly unrelated disciplines for a viable vision of education. This book proposes a framework of principles that can be used to reconceptualize education, specifically literacy education, to better prepare students to be collaborators toward peace and sustainability. “A highly readable tour de force on development, teaching, and learning in the digital age; I think of Gee as an heir to Dewey.” —David C. Berliner, Arizona State University “This is the boldest and broadest of Gee’s already expansive and influential body of work—a must-read for citizens, parents, educators, and academics.” —Glynda A. Hull, University of California, Berkeley “The world would be a better place if all educators took seriously Gee’s recommendations to keep the ‘long battle for human dignity going’.” —Diana Hess, University of Wisconsin–Madison
Les mer
Nettpris:
257,- 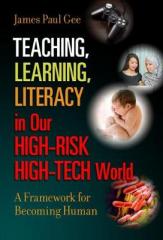 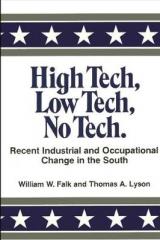