Peacock, Steven Jacobs, Jason
Heftet / 2013 / Engelsk
Although Film Studies has successfully (re)turned attention to matters of style and interpretation, its sibling discipline has left the territory uncharted - until now. The question of how television operates on a stylistic level has been critically underexplored, despite being fundamental to our viewing experience. This significant new work redresses a vital gap in Television Studies by engaging with the stylistic dynamics of TV; exploring the aesthetic properties and values of both the medium and particular types of output (specific programmes); and raising important questions about the way we judge television as both cultural artifact and art form. Global Television: Aesthetics and Style provides a unique and vital intervention in the field, raising key questions about television's artistic properties and possibilities. Through a series of case-studies by internationally renowned scholars, the collection takes a radical step forward in understanding TV's stylistic achievements.
Les mer
Introduction and Conclusion: Steven Peacock (University of Hertfordshire) and Jason Jacobs (University of Queensland). Individual Chapters (Case Studies, Close Readings), organized thematically Glossary
Les mer
Questions of aesthetics and value in television have long been contentious . . . It is refreshing, therefore, to have a book which unashamedly asserts that television is capable of both 'aesthetics and style' . . . The book is successful in bringing into vision an important debate about the distinction of the television medium in all its multi-faceted dimensions -- Robin Nelson, University of London, UK * Critical Studies in Television *
Les mer
The first book to look closely at the previously underexplored field of television style, with unique perspectives offered by a range of internationally renowned scholars.
Jason Jacobs is Reader in Cultural History at the University of Queensland. He is author of The Intimate Screen (Oxford University Press, 2000) and Body Trauma TV (British Film Institute, 2003). He is currently completing a monograph on David Milch for the Manchester University Press Television Series and is the chief investigator on an Australian Research Council funded project about the history of BBC Worldwide. He has written extensively on the subject of television aesthetics.
Les mer
Nettpris:
441,-
På lager, sendes nå 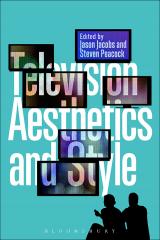 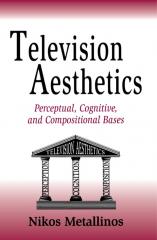 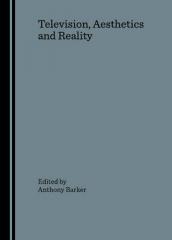 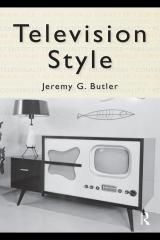