Olsen, Espen D. H.
Innbundet / 2012 / Engelsk
This book argues that European citizenship is transnational, a status that has emerged incrementally during the European integration process. Transnational Citizenship in the European Union follows an institutionalist approach and traces the development of citizenship discourse from the founding treaties of the EU to the most recent effort of constitution-making and the Lisbon Treaty. This helps demonstrate that such discourse has followed a path based on the foundational principles of free movement and non-discrimination rather than revolutionary ideas of a postnational citizenship beyond the nation-state. This in-depth analysis of citizenship in the EU takes into account the institutional configuration of membership, rights, identity, and participation. It also brings in the domestic level of the debate through the examination of national positions on reform proposals and the interplay between EU and member states conceptions of citizenship. Lastly, by investigating citizenship practices, the book helps foster understanding of how the EU works as a political system, and the relationship between European institutions and the recipients of their integrative politics , i.e., the citizens.
Les mer
This book argues that the idea and institution of European citizenship is a transnational border-crossing status rather than a postnational 'transformation' of modern citizenship.
Introduction: The Challenge of European Citizenship; Chapter 1. From Paris and Rome to European Elections; Chapter 2. The Spinelli Project; Chapter 3. Europe of 'No Borders' ; Chapter 4. The Maastricht Process; Chapter 5. Post-Maastricht Discourse on Citizenship; Chapter 6. The Convention on the Future of Europe; Chapter 7. Bringing the Domestic In: European Projects, National Traditions, and Citizenship in the EU; Conclusions; Timeline of European Integration and the Issue of Citizenship. References.
Les mer
Espen D. H. Olsen is a Senior Researcher at Arena, University of Oslo, Norway. His academic interests are mainly political theory and the European Union with specific focus on institution-building, constitution-making and identity, citizenship studies, citizen deliberation, and qualitative methods. His work has been published in the Journal of European Public Policy.
Les mer
Nettpris:
1.750,-
Levering 3-20 dager 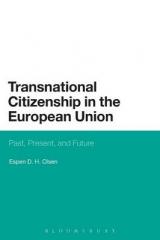 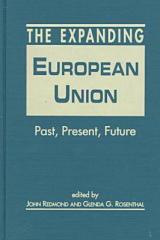 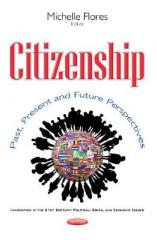 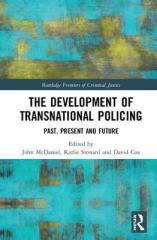