National Research Council
Heftet / 2011 / Engelsk
The two hundredth anniversary of the birth of Charles Darwin, February 12, 2009, occurred at a critical time for the United States and the world. In honor of Darwin's birthday, the National Research Council appointed a committee under the auspices of the U.S. National Committee (USNC) for DIVERSITAS to plan a Symposium on Twenty-first Century Ecosystems. The purpose of the symposium was to capture some of the current excitement and recent progress in scientific understanding of ecosystems, from the microbial to the global level, while also highlighting how improved understanding can be applied to important policy issues that have broad biodiversity and ecosystem effects. The aim was to help inform new policy approaches that could satisfy human needs while also maintaining the integrity of the goods and services provided by biodiversity and ecosystems over both the short and the long terms. This report summarizes the views expressed by symposium participants; however, it does not provide a session-by-session summary of the presentations at the symposium. Instead, the symposium steering committee identified eight key themes that emerged from the lectures, which were addressed in different contexts by different speakers. The focus here is on general principles rather than specifics. These eight themes provide a sharp focus on a few concepts that enable scientists, environmental NGOs, and policy makers to engage more effectively around issues of central importance for biodiversity and ecosystem management.
Les mer
1 Front Matter; 2 1 Introduction; 3 2 Eight Themes for Managing the Living World; 4 Appendix A: Symposium Program; 5 Appendix B: Selected Definitions; 6 Appendix C: Biographies of Speakers; 7 Appendix D: Biographies of Symposium Committee Members
Les mer
Nettpris:
544,-
Levering 3-20 dager 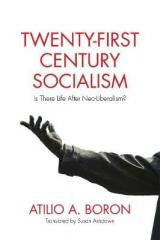 Twenty-First Century Socialism Is There Life After Neo-Liberalism?
Boron, Atilio A.
Heftet / 2014 / Engelsk
258,- 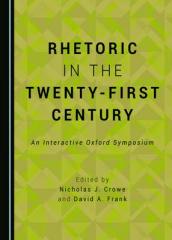 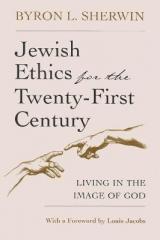