Posner, Eric
Innbundet / 2014 / Engelsk
In International Human Rights, acclaimed legal scholar Eric Posner seeks to explain a paradox: the language of human rights is now the dominant mode of international moral criticism of governments, and yet the evidence suggests that most countries flagrantly violate the human rights treaties that they solemnly ratify. The prevailing consensus, he notes, is that governments should promote the well-being of citizens in their countries, and that in extreme cases, foreign countries should intervene and replace governments that fail to comply with this duty. The problem, he contends, is countries disagree on how they can achieve those goals. This weakness is on full display in existing human rights treaties, and the result is a general failure. Because countries have not been able to agree about 'well-being,' they ended up negotiating treaties that are vague and (by design) unenforceable. In addition, countries have ensured that international organizations possess weak enforcement powers. Moreover, when enforcement does occur, it is invariably partial and scattershot. In whack-a-mole style, target countries can compensate for addressing some violations by reducing their compliance with other norms that are not the focus of enforcement. Posner closes by arguing that foreign aid provides a better model for pressuring governments to improve their treatment of citizens. Under the foreign aid regime, western countries look at overall indicators of well-being in other countries-such as per capita GDP-and offer aid based on whether it is likely to help people escape poverty. Governments that make progress in reducing poverty should be deemed in compliance with their human rights obligations, and we should not waste time trying to enforce more specific rights like freedom of the press or the right to privacy. In addition to offering a powerful and provocative thesis, this is a concise introduction to international human rights law. Posner describes the major treaties and the major international organizations; the evidence regarding the effect of human rights treaties on the behavior of governments; and recent international controversies over human rights such as the United States' use of torture, China's persecution of political dissidents, and the debate over the alleged right against defamation of religion.
Les mer
Nearly all countries have ratified nearly all the major human rights treaties, and all governments profess support for human rights, yet most countries flagrantly violate the human rights of their citizens.
Les mer
Introduction ; Chapter 1. The History of International Human Rights Law ; 1.1. Prehistory-Before World War II ; 1.2. The Universal Declaration ; 1.3. The Cold War Era ; 1.4. The Modern Era ; Chapter 2. The Law and Institutions of Human Rights ; 2.1. The Proliferation of Treaties ; 2.2. The UN Committees, Council, and High Commission ; 2.3. The European Court and Other Regional Bodies ; 2.4. International Criminal Law and Judicial Institutions ; 2.5. National Institutions ; Chapter 3. Why Do States Enter Human Rights Treaties? ; 3.1 To Improve Human Rights ; 3.2 The Costs of Entering Human Rights Treaties ; 3.3 The 'Western Imperialism' Criticism and Its Limits ; Chapter 4. Do States Comply with Human Rights Treaties? ; 4.1. Human Rights Treaties and the Question of Compliance ; 4.2. Statistical Studies: What They Show ; Chapter 5. Why Do States Comply or (Not Comply) With Human Rights Treaties? ; 5.1 International Incentives to Comply ; 5.2 Domestic Incentives to Comply ; 5.3 Ambiguity and Inconsistency ; 5.4 Why International Organizations Are No Solution ; 5.5 A Failure of Will ; 5.6 The Problem of Epistemic Uncertainty ; 5.7 The Importance of Political Participation ; 5.8 Reprise ; Chapter 6. Human Rights and War ; 6.1 The Human Rights Peace ; 6.2 Humanitarian Intervention ; 6.3 The League of Democracies ; Chapter 7. A Fresh Start: Human Rights and Development ; 7.1 Three Dead Ends ; 7.2 The White Man's Burden
Les mer
The Twilight of Human Rights Law is an important assessment of human rights law, useful for human rights scholars in general, persons interested in European Union law or anyone who desires a current analysis of human rights law. * Yasmin Morais, University of the District of Columbia Law School, DipLawMatic Dialogues *...Mr. Posner's skepticism is bracing, and his claims usefully force readers back to the question of what we mean when we talk about human rights. * Wall Street Journal *Posner makes a strong case that human rights law needs to be approached with more care, more humility, and less hubris. * Reason.com *
Les mer
Kirkland & Ellis Professor of Law, University of Chicago
Nettpris:
330,-
På lager, sendes nå 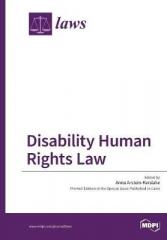 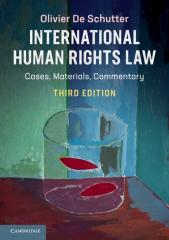 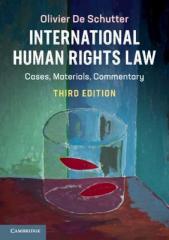 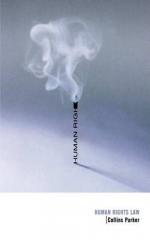