Ruthven, Malise
Innbundet / 2020 / Engelsk
Reveals a riveting portrait of a nation mired in complexities. In recent years Saudi Arabia has promoted itself as an open country: oil-rich but investing in culture, tourism, social innovation, and establishing itself as a beacon in the Middle East mired in violence. But the murder in October 2018 of journalist Jamal Khashoggi in the Istanbul embassy reveals a darker reality: the intensification of the repression of religious and political criticism and protest driven by the war in Yemen, sectarian rivalry with Iran, and volatile relations with the United States during the Trump administration. In Unholy Kingdom Malise Ruthven a leading commentator on Islamic affairs , reconstructs the history of the nation and shows how its attempts to modernise itself have produced repression, corruption, and war across the region fuelled by the massive arms purchases paid for by the oil exports that contribute to global warming. In particular he shows how the royal House of Saud has co-opted Wahhabism to consolidate its power and enforce a strict authoritarian regime over its people in collusion with Western businesses and governments. The book looks to Saudi's future in the hands of crown prince MBS who, on one hand, isdriving the country's liberalisation, while on the other, is imposing his autocratic will upon the region through cyber-manipulation, economics and war.
Les mer
A short history of Saudi Arabia: Religion, Oil, and Dynasty
"Ruthven's unblushing polemic treats Jamal Khashoggi's gruesome murder in Istanbul and its cover-up as representative of the Saudi kingdom's recent policies rather than, as their defenders claim, a regrettable aberration." --Jonathan Benthall, Times Literary Supplement ("Books of the Year, 2019")
Les mer
Malise Ruthven worked as an editor with the BBC Arabic Service and World Service in London before teaching Islamic studies and comparative religion at universities on both sides of the Atlantic. He is the author of several books on Islamic affairs as well as fundamentalism and religion in America. In 2004, London's Prospect Magazine ranked Ruthven among the 100 top public intellectuals in the UK. His blog on the New York Review of Books, Revolution by Latrine, won an award from the Overseas Press Club of America in 2011. He contributes regularly to the Guardian, Independent, The Financial Times, New York Review of Books, and the London Review of Books.
Les mer
Nettpris:
260,-
Kommer {date} 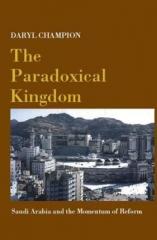 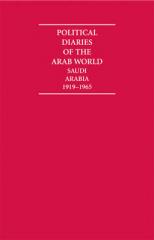 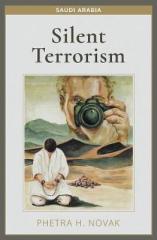