Violence and the Sacred in the Modern World

Violence and the Sacred in the Modern World

Juergensmeyer, Mark
Innbundet / 2019 / Engelsk
How is symbolic violence related to the real acts of religious violence around the modern world? The authors of this book, first published in 1992, explore this question with reference to some of the most volatile religious and political conflicts of the day: Hezbollah in Lebanon, Sikhs in India, militant Jewish groups in Israel, and Muslim movements from the Middle East to Indonesia. In addition to providing valuable insights into these important incidents, the authors - social scientists and historians of comparative religion - are responding to the theoretical issues articulated by Rene Girard in Violence and the Sacred (1977). The present volume is the first book of essays to test Girard's theories about the social significance of religious symbols of violence against real, rather than symbolic, acts. In some cases his theories are found to be applicable; in other cases, the authors provide alternative theories of their own. In a concluding essay, co-authored by Mark Anspach, Girard provides a response.
Les mer
1. Editor's Introduction: Is Symbolic Violence Related to Real Violence? Mark Juergensmeyer 2. Violence Against Violence: Islam in Comparative Context Mark R. Anspach 3. Sacrifice and Fratricide in Shiite Lebanon Martin Kramer 4. Violence and Catastrophe in the Theology of Rabbi Meir Kahane: The Ideologization of Mimetic Desire Ehud Sprinzak 5. The Mythologies of Religious Radicalism: Judaism and Islam Emmanuel Sivan 6. The Islamic Idiom of Violence: A View from Indonesia Bruce B. Lawrence 7. Sacrifice and Cosmic War Mark Juergensmeyer 8. Some General Observations on Religion and Violence David C. Rapoport 9. A Response: Reflections from the Perspective of Mimetic Theory Rene Girard and Mark R. Anspach
Les mer
Nettpris:
1.006,-
Levering 3-20 dager 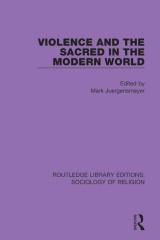 Violence and the Sacred in the Modern World
Juergensmeyer, Mark
Digital bok / 2018 / Engelsk
115,- 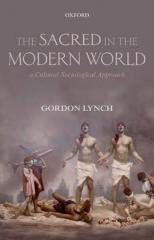