Kaeuper, Richard W.
Innbundet / 2000 / Engelsk
Violence was endemic in the medieval world, to an extent most modern people find shocking. Violence was part and parcel of the public world of institutions [church, state, chivalry] and the private world of households. In an age of dynamic expansion it was present everywhere, and contemporary response to it was contradictory: it was both wrong and at the same time a regulatory feature of society. This book brings together the views of a number of scholars on aspects of violence in medieval society, in England and the larger canvas of western Europe, from the eleventh to the fifteenth century. There is analysis of the tension between the practice of violence and hopes for reform; discussion of violence in literature; examination of assertive political acts and judicial duels and tournaments; and observations on the domestic scene and resistance to seigneurial impositions. Professor RICHARD W. KAEUPER teaches in the Department of History at the University of Rochester. Contributors: SARAH KAY, RICHARD W. KAEUPER, MATTHEW STRICKLAND, SEYMOUR PHILLIPS, M.L. BOHNA, PAUL HYAMS, AMY PHELAN, JULIET VALE, MALCOLM VALE, JAMES A. BRUNDAGE, BARBARA A. HANAWALT, EDMUND FRYDE
Les mer
Studies of ways in which the rapidly evolving society of medieval Europe developed social, legal and practical responses to public and private violence.
The Sublime Body of the Martyr. Violence in Early Romance Saints' Lives - H S KayChivalry and the Civilizing Process - Richard W KaeuperA Law of Arms or a Law of Treason? Conduct in War in Edward I's Campaigns in Scotland, 1296-1307 - Matthew J StricklandSimon de Montfort (1265), The Earl of Manchester (1644), and other stories: Violence and Politics in Thirteenth- and Early-Fourteenth Century EnglandCentury England - J R S PhillipsPolitical and Criminal Violence in Fifteenth-Century England - M L BohnaDoes it matter when the English began to distinguish between crime and tort? - Paul HyamsTrailbaston and Attempts to Control Violence in the Reign of Edward I - Amy E PhelanViolence and the Tournament - Juliet ValeAristocratic Violence: Trial by Battle in the Later Middle Ages - Malcolm ValeDomestic Violence in Classical Canon Law - James A BrundageViolence in the Domestic Milieu of Late Medieval England - Barbara A HanawaltEconomic Depression in England in the Second and Third Quarters of the Fifteenth Century: Effective Resistances of Tenants to Landlords as one of its Consequences, Defiances and Rent StrikesLandlords as one of its Consequences, Defiances - E.B. Fryde
Les mer
Many [contributions] individually thought-provoking and well worth reading. HISTORY Tells us important things about attitutdes to violence, acceptable mens of redress, and the growth of state power. ANN BULL, HIST LIT
Les mer
Nettpris:
933,-
Levering 3-20 dager 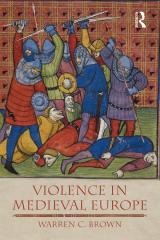 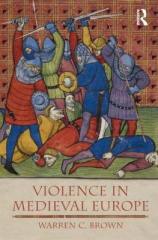 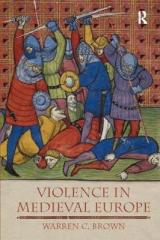