Digital bok / 2018 / Engelsk
Virtual Worlds 2000 is the second in a series of international scientific conferences on virtual worlds held at the International Institute of Multimedia in Paris La Défense (Pôle Universitaire Léonard de Vinci). The term "virtual worlds" generally refers to virtual reality applications or experi ences. We extend the use of these terms to describe experiments that deal with the idea of synthesizing digital worlds on computers. Thus, virtual worlds could be de fined as the study of computer programs that implement digital worlds. Constructing such complex artificial worlds seems to be extremely difficult to do in any sort of complete and realistic manner. Such a new discipline must benefit from a large amount of work in various fields: virtual reality and advanced computer graphics, artificial life and evolutionary computation, simulation of physical systems, and more. Whereas virtual reality has largely concerned itself with the design of 3D immersive graphical spaces, and artificial life with the simulation of living organisms, the field of virtual worlds, is concerned with the synthesis of digital universes considered as wholes, with their own "physical" and "biological" laws.
Les mer
Nettpris:
842,- 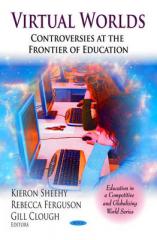 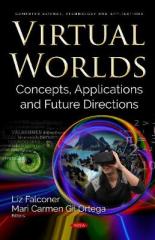 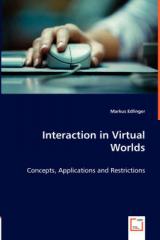 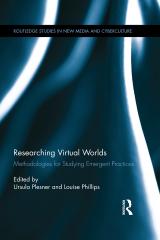