Black, Professor Jeremy
Innbundet / 2009 / Engelsk
In this concise history of war, Jeremy Black ranges widely, giving due attention to non-western as well as western traditions. Black probes the diverse character of military capability and the varied nature of military change. The history of war is inextricably bound to the history of the world and for us, as human beings, warfare has often proved to be the pivotal cause, means and consequence of change within society. Through a detailed exploration of 'world-scale' issues of warfare, presented within a chronological framework that spans human history, Jeremy Black skilfully illustrates this fact whilst providing the reader with other astute insights and compelling interpretations of war. "War: A Short History" is a dramatic move away from the formulaic, western approach to military history. Too narrow in its focus on wars specific to the west and too simple because of an over-reliance on a technologically-deterministic reading of warfare, this approach has been rejected by Jeremy Black in favour of a global model that takes all factors into account when considering the strengths and weaknesses of a particular military tradition. Examining wars on five continents, Jeremy Black expertly introduces readers to all of the major themes of warfare. This is a book that is as important for its relevance to current world issues of conflict as it is for its thorough consideration of a monumentally significant aspect of human history.
Les mer
Re-examines war by combining a short thematic history with a concentrated study of war throughout the ages as the cause, means and consequence of change.
1. War as a Key Element in World History; 2. The Forgotten Dimension; 3. The West and the Cult of the Machine; 4. Non Western Traditions; 5. Today and the Future.
'His text is dense but it is crammed with erudition and surprisingly, given its enormous scope, makes very few sacrifices in its readability.'--Sanford Lakoff'[A] successful enterprise in which [Black] ranges effortlessly from about 35,000 BC to the present in under 200 pages ... Black feels that military history 'often lacks intellectual sophistication'. His own brief account of war through the ages is therefore an elegantly written and salutary corrective.' - Standpoint'Black's coverage of military history contains extensive analyses ... This book will be most useful to students in war studies programmes, as well as readers reflecting on the fascinating history of human conflict ... An interesting and challenging book.' - Times Higher Education'It ranges from the early wars in China to a succinct treatment of the Second World War including the latest research on the vast subject area. The author stresses the non-Western traditions in his survey together with the global wars of the modern era and making it all very relevant to the present state of warfare. It should prove useful to both the seasoned historian and the novice to military history.' - The Bulletin of the Military Historical Society'Read this' - Times Educational SupplementThis is a valuable addition for all those involved in war studies be they university students or the armed forces... The book is very readable and should stand as an object lesson to students on how to write... Professor Black covers the battle of Stalingrad in a single paragraph which is a superb demonstration of his skills in covering the ground: a very model of brevity. This is a very good book and to be recommended.--British Army Review
Les mer
Jeremy Black is Professor of History at the University of Exeter, UK. He is a prolific author and reviewer and a leading expert on eighteenth-century Britain.
Nettpris:
1.009,-
Levering 3-20 dager 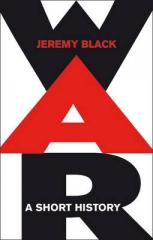 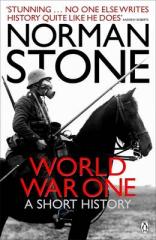 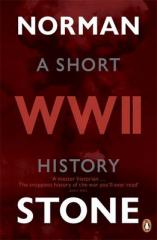