We Were Eight Years in Power 'One of the foremost essayists on race in the West' Nikesh Shukla, author of The Good Immigrant

We Were Eight Years in Power 'One of the foremost essayists on race in the West' Nikesh Shukla, author of The Good Immigrant

Coates, Ta-Nehisi
Innbundet / 2017 / Engelsk
THE NEW YORK TIMES BESTSELLER'I've been wondering who might fill the intellectual void that plagued me after James Baldwin died. Clearly it is Ta-Nehisi Coates' Toni Morrison'Searing. One of the foremost essayists on race in the West... [He] is responsible for some of the most important writing about what it is to be black in America today' Nikesh Shukla, editor of The Good ImmigrantFinalist for the Los Angeles Book Prize 2018Longlisted for the Andrew Carnegie Medal for Excellence 2018Powerful and necessary, a state-of-the-nation portrait of America under Obama from the prize-winning, bestselling author of Between the World and MeFrom 2008-2016, the leader of the free world was a black man. Obama's presidency reshaped America and transformed the international conversation around politics, race, equality. But it attracted criticism and bred discontent as much as it inspired hope - so much so, that the world now faces an uncertain future under a very different kind of US President.In this essential new book, Ta-Nehisi Coates takes stock of the Obama era, speaking authoritatively from political, ideological and cultural perspectives, drawing a nuanced and penetrating portrait of America today.RAVE READER REVIEWS:'Brilliantly written, incisive, and extremely relevant. Read it with your families, use it in your classrooms, give copies to your friends' (Liz)'Coates thinks more deeply and writes more clearly about the national tragedy and disgrace that is our collective failure to confront the legacy of White Supremacy than just about anyone... I can't recommend it highly enough' (Worddancer Redux)'Every white person who wants to really know how it looks from 'the other side' should take on the responsibility of reading Coates' eye-opening, informative book... A must read for everyone of every colour' (Indy JV)'A masterful understanding of how the USA really works' (shedgirl)'If you want to know the wellsprings of racism in America - then read this book!' (David C. R. Hancock)
Les mer
I've been wondering who might fill the intellectual void that plagued me after James Baldwin died. Clearly it is Ta-Nehisi Coates -- Toni Morrison on 'Between the World and Me'America's latest literary wunderkind... A prodigious talent * The Sunday Times *We are witnessing greatness. The man and his writing will be studied and revered for generations * Minneapolis Star Tribune *[Coates is] the pre-eminent black public intellectual of his generation * The New York Times *We Were Eight Years in Power is an essential text to understand America today * W Magazine *Ta-Nehisi Coates is probably the only magazine writer in the world whose articles are heralded with the same fervor as the release of the latest Beyonce album * Financial Times *A wake up call... More compelling than almost any other public voice about the state we're in. He eloquently conflates the personal, political and existential, while telling it like it is * Observer *Coates eloquently unfurls blunt truths... To have such a voice, in such a moment, is a ray of light * USA Today *Coates succeeds twice over, in justifying not only his account of one election, but the importance of his entire body of work * New Statesman *Brilliant and troubling... Required reading * Vogue *Coates' always sharp commentary is particularly insightful as each day brings a new upset to the cultural and political landscape laid during the term of the nation's first black president. [A] crucial voice in the public discussion of race and equality, and readers will be eager for his take on where we stand now and why * Booklist *It's this timeless timeliness--reminiscent of the work of George Orwell and James Baldwin--that makes Coates worth reading again and again * Publishers Weekly *Fiercely passionate, intelligent and clear-eyed * Newsday *Across his oeuvre, Coates' prose style and literary prowess are hip-hop sharpened: he believes in the art of dexterous reference, potent, lyrical critique and political storytelling * Baltimore Sun *Coates's probing essays about race, politics, and history became necessary ballast for this nation's gravity-defying moment... Essential * The Boston Globe *Biting cultural and political analysis from the award-winning journalist . . . His conclusions are disquieting, his writing passionate, his tenor often angry.... Emotionally charged, deftly crafted, and urgently relevant essays" * Kirkus *Powerfully charged * GQ *[R]aw and hard to read. You'll never forget his point of view, nor should you * Glamour *Thus, We Were Eight Years in Power serves as a clarion call for vigilance about the possible erosion of African-American advances presumed sacrosanct. Consider these riveting, well-reasoned ruminations of the most-prodigious black visionary around a must-read indeed * The Mississippi Link *
Les mer
Ta-Nehisi Coates is a national correspondent for the Atlantic and the author of the Number One New York Times bestseller, Between the World and Me, winner of the National Book Award ,and of the acclaimed essay collection We Were Eight Years in Power. A MacArthur 'Genius Grant' Fellow, Coates has received the National Magazine Award, the Hillman Prize for Opinion and Analysis Journalism, and the George Polk Award for his Atlantic cover story 'The Case for Reparations'. He lives in New York with his wife and son.
Les mer
Nettpris:
247,-
Levering 3-20 dager 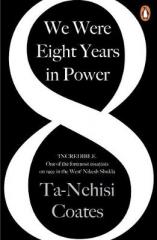 We Were Eight Years in Power 'One of the foremost essayists on race in the West' Nikesh Shukla, author of The Good Immigrant
Coates, Ta-Nehisi
Heftet / 2018 / Engelsk
155,- 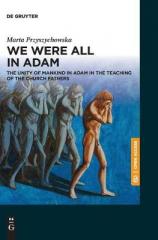 We Were All in Adam The Unity of Mankind in Adam in the Teaching of the Church Fathers
Przyszychowska, Marta
Innbundet / 2018 / Engelsk
844,- 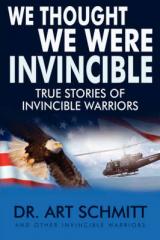 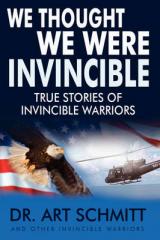