Goldin, Farideh
Heftet / 2004 / Engelsk
Farideh Goldin was born to her fifteen-year-old mother in 1953 and into a Jewish community living in an increasingly hostile Islamic state-prerevolutionary Iran. This memoir is Goldin's passionate and painful account of her childhood in a poor Jewish household and her emigration to the United States in 1975. As she recalls trips to the market and the mikvah, and as she evokes ritual celebrations like weddings, Goldin chronicles her childhood, her extended family, and the lives of the women in her community in Shiraz, a southern Iranian city. Her memoir details her parents'"courtship" (her father selected her mother from a group of adolescent girls), her mother's lonely life as a child-bride, and Goldin's childhood home which was presided over by her paternal grandmother. Goldin's memoir conveys not just the personal trauma of growing up in a family fraught with discord but also the tragic human costs of religious dogmatism. In Goldin's experience, Jewish fundamentalism was intensified by an Islamic context. Although the Muslims were antagonistic to Jews, their views on women's roles and their treatment of women influenced the attitude and practices of some Iranian Jews. In this brave and dispassionate portrayal of a little-known corner of Jewish life, Farideh Goldin confronts profound sadness yet captures the joys of a child's wonder as she savors the scenes and textures and scents of Jewish Iran. Readers share her youthful adventures and dangers, coming to understand how such experiences shape her choice.
Les mer
An unflinching personal story of family, religion, and community that shows the horror of growing up in the shadow of religious fundamentalism.
"[A] vivid and often haunting memoir of the life of [Goldin's] Jewish family... The essence of Wedding Song is the story of [her] survival, despite seemingly insurmountable odds, as an independent woman... [A] remarkable, often painful portrayal of a culture that Westerners cannot conceive of having existed as recently as the twentieth century. Through her triumphs and many tribulations, Goldin immerses the reader in a culture and its people still very alive and vibrant in her soul." - Jewish Book World; "I have been haunted by Farideh Goldin's Wedding Song since the day I read it... Goldin's writing is sometimes spicy and sometimes sad, but always compelling... Her memoir is full of anger and compassion and insight. A stunning and powerful debut." - Sheri Reynolds, author of The Rapture of Canaan; "It is said that the Holy One buried truth in the ground so that the world might endure and not perish. Writing with a luminous intelligence, Farideh Goldin digs truth up again and, through her honesty, at turns unrelenting and forgiving, the lost worlds of Iranian Jewry, of the women who lived inside it, and of her own childhood are magnificently restored to life." - Joseph Skibell, author of A Blessing on the Moon and The English Disease"
Les mer
Farideh Goldin studied math and English literature at Pahlavi University in Shiraz, Iran. She transferred to Old Dominion University in Virginia, earning her B.A. in English Literature in 1976, an M.A. in Humanities and her graduate certificate in Women's Studies in 1995. She earned her M.F.A. in Creative Writing in 2002.
Les mer
Nettpris:
327,-
Levering 3-20 dager 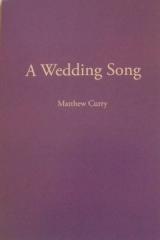 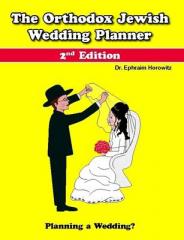