WTO Agreement on Safeguards A Commentary

WTO Agreement on Safeguards A Commentary

Sykes, Alan O.
Innbundet / 2006 / Engelsk
This book provides a thorough treatment of the legal, economic, and policy issues associated with safeguard measures in the WTO system. It includes a careful treatment of the history of safeguard measures under GATT, and the impetus for the Agreement on Safeguards during the Uruguay Round. It reviews the economic arguments for and against safeguard measures, including the modern political economy account of safeguards and "escape clauses" in international agreements. Subsequent chapters focus on the key legal issues associated with the use of safeguards, including the procedural requirements, the obligation to demonstrate unforeseen developments and increased imports, the concept of "serious injury," the puzzling causation test, and limitations on the scope of safeguard measures including non-discrimination principles. All of the safeguard decisions within the WTO dispute system are thoroughly dissected and analysed. Included as appendices are the relevant treaty text and the pertinent national legislation of the United States and European Union.
Les mer
The protection of troubled industries against import surges, called safeguard measures under WTO law, are controversially justified on the basis of economic concerns. This book reviews the economic literature bearing on the soundness of safeguard policies, addressing the legal issues relating to the constraints on safeguard measures under WTO law.
Les mer
1. Introduction ; 2. The Evolution of Safeguard Measures in the WTO/GATT System: An Overview ; 3. Economic Policy Considerations ; 4. Preliminary Issues in WTO Safeguards Disputes: Burden of Proof, Standard of Review, and the "Record" on Appeal ; 5. Procedural Obligations in the Agreement on Safeguards ; 6. "Unforeseen Developments" and "The Effect of the Obligations Incurred" ; 7. The Requirement of Increased Imports ; 8. Serious Injury, Threat and Industry Definition ; 9. The Causation and "Non-Attribution" Requirements ; 10. Permissible Measures and Their Duration ; 11. Compensation, Retaliation and the Prohibition of Grey-Area Measures ; 12. Conclusion: The Central Issues Ahead
Les mer
Sykes's incisive, direct, and effective style of writing and his sound substantive knowledge of the law and economics of safeguards make this book an intellectual pleasure to read. * Jasper M. Wauters, World Trade Review, Vol 7/4 *Sykes presents readers with a book that masterfully combines accessible language with depth of analysis and cogent argumentation with respect to a crucial topic of international trade law. The multi-disciplinary approach is key in creating the added value. The close connections with antidumping and subsidy/countervailing duty law further make Sykes' commentary a necessary reading for anybody interested in the law, economics and politics of trade remedies and subsidy control. * Luca Rubini, KLQ *
Les mer
Alan Sykes received his law degree from Yale University in 1982, and his Ph.D. in economics from Yale in 1987. He was in private practice in Washington, D.C. at the law firm of Arnold in Porter from 1982-86, specializing in international trade matters, including escape clause cases under U.S. law. He joined the University of Chicago faculty in 1986, and became the Frank and Bernice Greenberg Professor in 1996. His principal research interest is international trade, on which he has published numerous books and articles. His books include Product Standards for internationally Integrated Goods Markets (Brookings 1995), and Legal Problems of International Economic Relations (West 2002), co-authored with John H. Jackson and William J. Davey.
Les mer
Nettpris:
1.671,-
Levering 3-20 dager 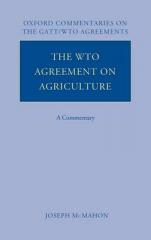 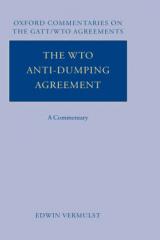 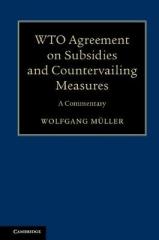 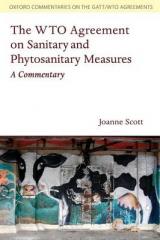