White, Gareth
Digital bok / 2018 / Engelsk
Applied Theatre: Aesthetics re-examines how the idea of 'the aesthetic' is relevant to performance in social settings. The disinterestedness that traditional aesthetics claims as a key characteristic of art makes little sense when making performances with ordinary people, rooted in their lives and communities, and with personal and social change as its aim. Yet practitioners of applied arts know that their work is not reducible to social work, therapy or education. Reconciling the simultaneous autonomy and heteronomy of art is the problem of aesthetics in applied arts. Gareth White's introductory essay reviews the field, and proposes an interdisciplinary approach that builds on new developments in evolutionary, cognitive and neuro-aesthetics alongside the politics of art. It addresses the complexities of art and the aesthetic as everyday behaviours and responses. The second part of the book is made up of essays from leading experts and new voices in the practice and theory of applied performance, reflecting on the key problematics of applying performance with non-performers. New and innovative practice is described and interrogated, and fresh thinking is introduced in response to perennial problems.
Les mer
Nettpris:
255,- 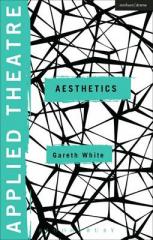 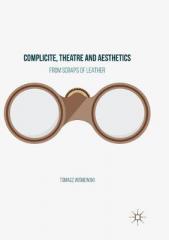