Brokers, Voters, and Clientelism The Puzzle of Distributive Politics

Brokers, Voters, and Clientelism The Puzzle of Distributive Politics

Stokes, Susan C. Dunning, Thad Nazareno, Marcelo Brusco, Valeria Se alle
Heftet / 2013 / Engelsk
Brokers, Voters, and Clientelism addresses major questions in distributive politics. Why is it acceptable for parties to try to win elections by promising to make certain groups of people better off, but unacceptable - and illegal - to pay people for their votes? Why do parties often lavish benefits on loyal voters, whose support they can count on anyway, rather than on responsive swing voters? Why is vote buying and machine politics common in today's developing democracies but a thing of the past in most of today's advanced democracies? This book develops a theory of broker-mediated distribution to answer these questions, testing the theory with research from four developing democracies, and reviews a rich secondary literature on countries in all world regions. The authors deploy normative theory to evaluate whether clientelism, pork-barrel politics, and other non-programmatic distributive strategies can be justified on the grounds that they promote efficiency, redistribution, or voter participation.
Les mer
Brokers, Voters, and Clientelism studies distributive politics: how parties and governments use material resources to win elections.
Part I. Modalities of Distributive Politics: 1. Between clients and citizens: puzzles and concepts in the study of distributive politics; Part II. The Micro-Logic of Clientelism: 2. Gaps between theory and fact; 3. A theory of broker-mediated distribution; 4. Testing the theory of broker-mediated distribution; 5. A disjunction between the strategies of leaders and brokers?; 6. Clientelism and poverty; Part III. The Macro-Logic of Vote-Buying: What Explains the Rise and Decline of Political Machines?: 7. Party leaders against the machine; 8. What killed vote buying in Britain and the United States?; Part IV. Clientelism and Democratic Theory: 9. What's wrong with buying votes?
Les mer
'This book advances a single broad theoretical point: vote brokers are central to any system of vote buying in mass elections. While many previous scholars have considered the role of vote brokers from one angle or another, what sets this book apart is that it provides a unified theoretical model of vote brokers. It is grounded effectively in the modern economic theory of agency, and the authors run it through a series of tests using both original primary and secondary sources. Brokers, Voters, and Clientelism will be a landmark for the next generation of studies.' Gary W. Cox, Stanford University'Brokers deserves every bit of attention it will garner ... Brokers, Voters, and Clientelism is a model of theoretical precision, conceptual clarity, and impeccable logical reasoning, and its measured inferences, which are supported by exhaustive, careful empirical work, are placed within a proud tradition pioneered by V. O. Key, David Mayhew, Edward Banfield and other intellectual giants who young scholars often do not take the time to read.' Frances Hagopian, Perspectives on Politics
Les mer
Brokers, Voters, and Clientelism studies distributive politics: how parties and governments use material resources to win elections.
Susan Stokes is John S. Saden Professor of Political Science at Yale University and Director of the Yale Program on Democracy. She is a member of the American Academy of Arts and Sciences, a past vice president of the American Political Science Association (APSA), and a past president of APSA's Comparative Politics Section. Her books and articles explore democratization and how democracy works in developing countries. They have been recognized with prizes from APSA, APSA's Comparative Democratization Section, and the Society for Comparative Research. Her research has been supported by grants and fellowships from the National Science Foundation, the Guggenheim Memorial Foundation, the Russell Sage Foundation, the American Philosophical Society, the MacArthur Foundation, and Fulbright programs. Thad Dunning is Professor of Political Science at Yale University. He is also a research fellow at Yale's Whitney and Betty MacMillan Center for International and Area Studies and at the Institution for Social and Policy Studies, and co-director, with Giovanni Maggi, of Yale's Leitner Program in International and Comparative Political Economy. He studies comparative politics, political economy, and methodology. His first book, Crude Democracy: Natural Resource Wealth and Political Regimes (Cambridge, 2008), won the Best Book Award from the Comparative Democratization Section of APSA and the Gaddis Smith Prize for the best first book on an international topic by a member of the Yale faculty. Dunning has also written on a range of methodological topics; his second book, Natural Experiments in the Social Sciences: A Design-Based Approach (Cambridge, 2012), develops a framework for the discovery, analysis, and evaluation of strong research designs. Marcelo Nazareno is Professor of Political Science at the National University of Cordoba and Professor of Methodology and Public Policy at the Catholic University of Cordoba. He holds a PhD in social science as well as advanced degrees in public administration and in history. He has been a visiting researcher at Yale University and the University of Chicago. His publications, in journals such as Desarrollo Economico and the Latin American Research Review, touch on the themes of the left in Latin America, clientelism and distributive politics, and fiscal federalism. He has made presentations on these topics at international conferences in Argentina, Brazil, the United States, and Spain. Valeria Brusco holds a master's degree in international relations and is completing her doctoral dissertation at the National University of San Martin in Buenos Aires. She is interested in how organizational agents, whether in political parties or in non-governmental organizations, deal with poverty, and has published articles on this topic as well as on competitive clientelism. She teaches at the National University of Cordoba and at the Catholic University of Cordoba, Argentina. She has studied and held research fellowships at the University of Georgia, Yale University, and Brown University. Brusco has also held office in the municipal council of the city of Cordoba, and is active in party politics in Argentina.
Les mer
Nettpris:
390,-
Levering 3-20 dager 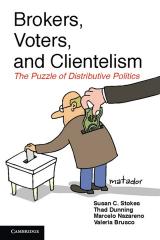 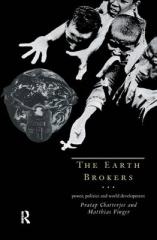 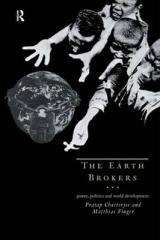