Stinson, Douglas Robert Paterson, Maura
Innbundet / 2018 / Engelsk
Through three editions, Cryptography: Theory and Practice, has been embraced by instructors and students alike. It offers a comprehensive primer for the subject's fundamentals while presenting the most current advances in cryptography. The authors offer comprehensive, in-depth treatment of the methods and protocols that are vital to safeguarding the seemingly infinite and increasing amount of information circulating around the world. Key Features of the Fourth Edition: New chapter on the exciting, emerging new area of post-quantum cryptography (Chapter 9). New high-level, nontechnical overview of the goals and tools of cryptography (Chapter 1). New mathematical appendix that summarizes definitions and main results on number theory and algebra (Appendix A). An expanded treatment of stream ciphers, including common design techniques along with coverage of Trivium. Interesting attacks on cryptosystems, including: padding oracle attack correlation attacks and algebraic attacks on stream ciphers attack on the DUAL-EC random bit generator that makes use of a trapdoor. A treatment of the sponge construction for hash functions and its use in the new SHA-3 hash standard. Methods of key distribution in sensor networks. The basics of visual cryptography, allowing a secure method to split a secret visual message into pieces (shares) that can later be combined to reconstruct the secret. The fundamental techniques cryptocurrencies, as used in Bitcoin and blockchain. The basics of the new methods employed in messaging protocols such as Signal, including deniability and Diffie-Hellman key ratcheting.
Les mer
Introduction to Cryptography. Classical Cryptography. Shannon's Theory, Perfect Secrecy and the One-Time Pad. Block Ciphers and Stream Ciphers. Hash Functions and Message Authentication. The RSA Cryptosystem and Factoring Integers. Public-Key Cryptography and Discrete Logarithms. Post-quantum Cryptography. Identification Schemes and Entity Authentication. Key Distribution. Key Agreement Schemes. Miscellaneous Topics. Appendix A: Number Theory and Algebraic Concepts for Cryptography, Appendix B: Pseudorandom Bit Generation for Cryptography.
Les mer
Douglas R. Stinson obtained his PhD in Combinatorics and Optimization from the University of Waterloo in 1981. He held academic positions at the University of Manitoba and the University of Nebraska-Lincoln before returning to Waterloo in 1998, when he was awarded the NSERC/Certicom Industrial Research Chair in Cryptography. Dr. Stinson currently holds the position of University Professor in the David R. Cheriton School of Computer Science at the University of Waterloo. His research interests include cryptography and computer security, combinatorics and coding theory, and applications of discrete mathematics in computer science. He was elected as a Fellow of the Royal Society of Canada in 2011. Maura Paterson obtained a PhD in Mathematics from Royal Holloway, University of London in 2005. Her research focuses on applications of combinatorics in information security and related areas. She is a Reader in Mathematics in the Department of Economics, Mathematics and Statistics at Birkbeck, University of London.
Les mer
Nettpris:
750,-
Levering 3-20 dager 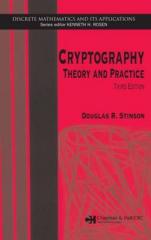 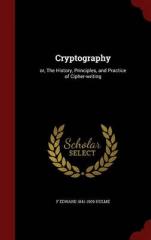 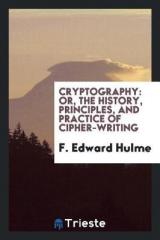