Heftet / 2011 / Engelsk
First published in 1982, Education and Power remains an important volume for those committed to critical education. In this text Michael Apple first articulated his theory on educational institutions and the reproduction of and resistance to unequal power relations, and provided a thorough examination of the ways in which race-gender-class dynamics are embedded in, and reflected through, curricular issues. While many of the theories set forward in this book are now taken for granted by the left in education, they were nothing short of revolutionary when first proposed. In this newly reissued classic edition, Apple suggests that we need to take seriously the complicated and contradictory economic, political and cultural structures that provide for some of the most important limits on, and possibilities for, critical education. He re-examines his earlier arguments and reflects on what has happened over the intervening years. Education and Power is a vital example of the call to challenge the assumptions that underpin so much of what happens in education.
Les mer
Preface to the Third Edition Preface to the 1995 Edition Preface to the Ark Edition Acknowledgements Chapter 1: Reproduction , Contestation and Curriculum Chapter 2: Technical Knowledge, Deviance, and the State The Commodification of Culture Chapter 3: The Other Side of the Hidden Curriculum Culture as Lived-I Chapter 4: Resistance and Contradictions in Class, Culture, and the State Culture as Lived-II Chapter 5: Curricular Form and the Logic of Technical Control Commodification Returns Chapter 6: Educational and Political work Is Success Possible? Notes Bibliography Index
Les mer
Michael W. Apple is the John Bascom Professor of Curriculum and Instruction and Educational Policy Studies at the University of Wisconsin, Madison.
Nettpris:
552,-
Levering 3-20 dager 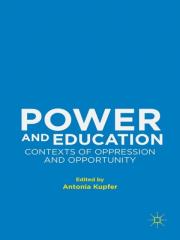 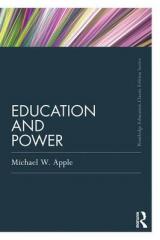 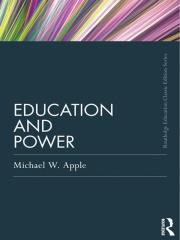 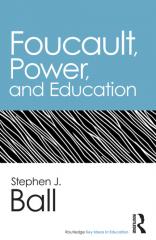