EU Accession to the ECHR

EU Accession to the ECHR

Kosta, Vasiliki Skoutaris, Nikos Tzevelekos, Vassilis
Heftet / 2016 / Engelsk
Article 6 of the Treaty on European Union (TEU) provides that the EU will accede to the system of human rights protection of the European Convention on Human Rights (ECHR). Protocol No 9 in the Treaty of Lisbon opens the way for accession. This represents a major change in the relationship between two organisations that have co-operated closely in the past, though the ECHR has hitherto exercised only an indirect constitutional control over the EU legal order through scrutiny of EU Member States. The accession of the EU to the ECHR is expected to put an end to the informal dialogue, and allegedly also competition between the two regimes in Europe and to establish formal (both normative and institutional) hierarchies. In this new era, some old problems will be solved and new ones will appear. Questions of autonomy and independence, of attribution and allocation of responsibility, of co-operation, and legal pluralism will all arise, with consequences for the protection of human rights in Europe. This book seeks to understand how relations between the two organisations are likely to evolve after accession, and whether this new model will bring more coherence in European human rights protection. The book analyses from several different, yet interconnected, points of view and relevant practice the draft Accession Agreement, shedding light on future developments in the ECHR and beyond. Contributions in the book span classic public international law, EU law and the law of the ECHR, and are written by a mix of legal and non-legal experts from academia and practice.
Les mer
This book explores how relations between the EU and the ECHR are likely to evolve after accession, and whether the new model will bring more coherence in European human rights protection.
Chapter 1: Introduction Vicky Kosta, Nikos Skoutaris, Vassilis Tzevelekos Part I: Institutional issues Chapter 2: Election of EU Judge onto the Strasbourg Court Andrew Drzemczewski Chapter 3: Too Many Voices? The Prior Involvement of the CJEU Aida Torres Perez Chapter 4: The Right to Extra-Judicial Redress in EU Law after the EU's Accession to the ECHRs: Legal Framework, Challenges and the Question of the Prior Involvement of the CJEU Nikos Vogiatzis Part II: Issues of Attribution and Responsibility Chapter 5: The Accession Agreement as an Opportunity: Partition of Responsibility between the EU and its Member States Judge Giorgio Gaja, ICJ Chapter 6: A European Law of International Responsibility? The Articles on the Responsibility of International Organizations and the European Union Jean D'Aspremont, Chapter 7: United We Stand. The EU and its Member States in the Strasbourg Court Andres Delgado Casteleiro Chapter 8: Consequences Under the Law of International Responsibility of the Accession of the European Union to the European Convention on Human Rights for Common Foreign and Security Policy Operations pursuant to UN Security Council Resolutions Arman Sarvarian Part III: Coordinating Rivalry: Creating Order from Pluralism? Chapter 9: The Fate of the Bosphorus Doctrine Following Accession Olivier De Schutter Chapter 10: Human Rights and the Autonomy of EU Law: Pluralism or Integration? Piet Eeckhout Chapter 11: The EU, the ECHR, and Logics of "Constitutional Pluralism": Democracy and Distrust in the Wider Europe Robert Harmsen Chapter 12: Taming the Fragmentation Monster through Human Rights? International Constitutionalism, "Pluralism Lite", and the Common Territory of the two European Legal Orders Lucas Lixinski Part IV: The Role of the National Legal Orders Chapter 13: Caught in the Middle or Leading the Way? National Courts in the New European Fundamental Rights Landscape Monica Claes & Sejla Imamovic Chapter 14: Two Worlds (Still) Apart? ECHR and EU Law Before National Courts Giuseppe Martinico Chapter 15: Kissing Awake a Sleeping Beauty? The Charter in EU and National Policy Practice John Morijn Part V: Integration in Human Rights: Towards a Common European Espace Juridique? Chapter 16: European Consensus and the EU Accession to the ECHR Kanstantsin Dzehtsiarou & Pavel Repyeuski Chapter 17: Conceptions of Equality under EU Law and the ECHR: Towards a Taxonomy of European Equality Law Panos Kapotas Chapter 18: Missing the Forest (of Rechtsstaat) by Focusing on the Tree (of Legal Technicalities): Wrongdoers and Innocent Bystanders before the European Court of Justice Bernard M. Hoekman & Petros C. Mavroidis Chapter 19: EU Accession in the ECHR: Identifying the New Legal Avenues for Access to Justice in the Area of Public Procurement Aris Georgopoulos Chapter 20: The EU's Accession to the ECHR and Due Process Rights in EU Competition Law Matters: Nothing New Under the Sun? Albert Sanchez Graells Part VI: Instead of a conclusion: Views from the Courts A view from the ECHR Christos Rozakis A view from the CJEU Christiaan Timmermans Concluding Remarks Bruno De Witte
Les mer
This book is a timely, well-researched and well-argued contribution to this body of literature. The book provides the reader with an excellent understanding of the problems and possibilities of the EU's accession to the ECHR. It is a timely contribution to an ongoing debate that equips the reader with the necessary knowledge and insights to form an opinion both on the procedural and institutional aspects of the EU's accession as well as on the substantive issue of where a permissible level of diversity of human rights protection in Europe may lie and how this level may legally be achieved and maintained. -- Christina Eckes * I-CONnect BLog, November 2014 *
Les mer
Vasiliki Kosta is Assistant Professor of European Law at Leiden University. Nikos Skoutaris is Lecturer of EU Law at the University of East Anglia and Visiting Senior Fellow at the European Institute, London School of Economics. Vassilis Tzevelekos is a Lecturer in Public International Law at the University of Hull.
Les mer
Nettpris:
559,-
Levering 3-20 dager 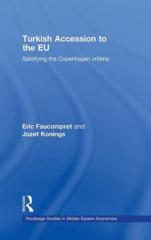 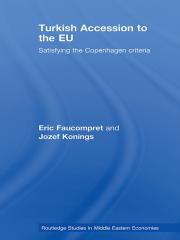