Saetre, Glenn-Peter Ravinet, Mark
Heftet / 2019 / Engelsk
With recent technological advances, vast quantities of genetic and genomic data are being generated at an ever-increasing pace. The explosion in access to data has transformed the field of evolutionary genetics. A thorough understanding of evolutionary principles is essential for making sense of this, but new skill sets are also needed to handle and analyze big data. This contemporary textbook covers all the major components of modern evolutionary genetics, carefully explaining fundamental processes such as mutation, natural selection, genetic drift, and speciation. It also draws on a rich literature of exciting and inspiring examples to demonstrate the diversity of evolutionary research, including an emphasis on how evolution and selection has shaped our own species. Practical experience is essential for developing an understanding of how to use genetic and genomic data to analyze and interpret results in meaningful ways. In addition to the main text, a series of online tutorials using the R language serves as an introduction to programming, statistics, and analysis. Indeed the R environment stands out as an ideal all-purpose source platform to handle and analyze such data. The book and its online materials take full advantage of the authors' own experience in working in a post-genomic revolution world, and introduces readers to the plethora of molecular and analytical methods that have only recently become available. Evolutionary Genetics is an advanced but accessible textbook aimed principally at students of various levels (from undergraduate to postgraduate) but also for researchers looking for an updated introduction to modern evolutionary biology and genetics.
Les mer
This book covers all the major components of modern evolutionary genetics including population genetics, molecular evolution, speciation, organismal evolution, and phylogenetics.
1: The foundations of evolutionary genetics 2: Genomes and the origin of genetic variation 3: Changes in allele and genotype frequency 4: The theory of natural selection 5: The power of natural selection 6: Multilocus evolution 7: Inferring evolutionary processes from DNA sequence data 8: Genetics and genomics of speciation 9: Reconstructing the past 10: Sequencing the genome and beyond
Les mer
Glenn-Peter Saetre is Professor in Evolutionary Biology at the University of Oslo, Norway. He is fascinated by the roles that speciation, adaptation, and behaviour play in the evolution of life on Earth. He received a PhD in evolutionary biology from the University of Oslo in 1993. Since then he has worked primarily on evolution, speciation, and sexual selection in birds, including flycatchers and Passer sparrows. Mark Ravinet is an evolutionary biologist working with genomic and bioinformatics tools to understand speciation, adaptation, and evolution. He obtained his PhD in evolutionary biology and population genetics from Queen's University Belfast, UK. Since completing his PhD, he has gained postdoctoral experience in speciation and evolutionary genomics in Sweden, Japan, and now Norway. His research involves a wide array of different taxa including stickleback fishes, Littorina marine snails, bedbugs and Passer sparrows.
Les mer
Nettpris:
455,-
Levering 3-20 dager 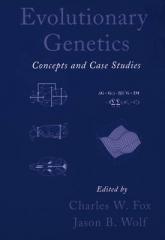 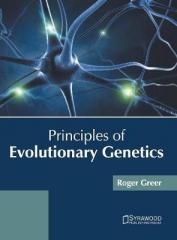 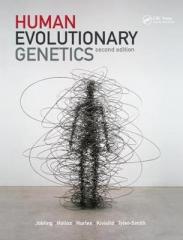