Manuel, George Posluns, Michael
Heftet / 2019 / Engelsk
A foundational work of radical anticolonialism, back in print Originally published in 1974, The Fourth World is a critical work of Indigenous political activism that has long been out of print. George Manuel, a leader in the North American Indian movement at that time, with coauthor journalist Michael Posluns, presents a rich historical document that traces the struggle for Indigenous survival as a nation, a culture, and a reality. The authors shed light on alternatives for coexistence that would take place in the Fourth World-an alternative to the new world, the old world, and the Third World. Manuel was the first to develop this concept of the "fourth world"to describe the place occupied by Indigenous nations within colonial nation-states. Accompanied by a new Introduction and Afterword, this book is as poignant and provocative today as it was when first published.
Les mer
"Originally published in 1974 by The Free Press"--T.p. verso.
"At the time of writing The Fourth World it would have been difficult (although not impossible) to predict the degree to which the recognition of Indigenous rights would come to serve as the cunning medium through which dispossession would be facilitated, not reversed, by the colonial state and international legal apparatus. In spite of his lifelong struggle, however, George Manuel's vision of decolonization for the Fourth World has yet to come to fruition, both nationally and globally. The Fourth World is nevertheless one of those rare examples of a book that continues to be relevant after forty-two years since its original publication"-Glen Sean Coulthard, from the Introduction
Les mer
George Manuel (1921-1989) (Secwepemc) was an aboriginal leader and activist. He formed the UN-affiliated World Council of Indigenous Peoples in 1975. Michael Posluns is author of Voices from the Odeyak and Speaking with Authority. Vine Deloria Jr. (1933-2005) was a leading Native American scholar and activist. He is author of several books, including Custer Died for Your Sins: An Indian Manifesto. Glen Sean Coulthard (Yellowknives Dene) is assistant professor in the First Nations Studies Program and the department of political science at the University of British Columbia. He is author of Red Skin, White Masks (Minnesota, 2014). Doreen Manuel (Secwepemc/Ktunaxa) is program coordinator of the Capilano University Indigenous Independent Digital Filmmaking Program and the owner of Running Wolf Productions.
Les mer
Nettpris:
339,-
Levering 3-20 dager 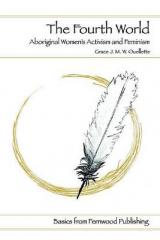 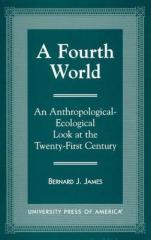