Home and the World A View of Calcutta

Home and the World A View of Calcutta

McPhee, Laura
Innbundet / 2014 / Engelsk
A portrayal of the unique and vibrant city of Calcutta, shown in an intriguing array of captivating and visually arresting photographs Photographer Laura McPhee, noted for her stunning large-scale landscapes and portraits of the people who live and work in them, has been traveling to eastern India for over a decade. There she has devoted her perceptive vision to picturing layers of history, culture, religion, and class as they appear in private heritage homes and public markets, in lively street festivals, and in the faces of city dwellers in Calcutta (also known as Kolkata). This exquisitely produced book features a selection of McPhee's works made in and around India's former capital. Here we glimpse courtyards, living spaces, temples, and altars as both vestiges of the past and elements of contemporary urban existence. McPhee's images sensitively penetrate the surface to show the blurred boundaries between social classes, the blending of public and private life, and the resonance between India and other parts of the world. Also included are a foreword by Amitav Ghosh on the historical divisions inherent in the city's culture and on the nature of McPhee's work, and an essay by art historian Romita Ray on the ways McPhee captures and distills the remnants of colonial Calcutta in her photographs of the contemporary city.
Les mer
A portrayal of the unique and vibrant city of Calcutta, shown in an intriguing array of captivating and visually arresting photographs
"McPhee's book is a loving portrait of the former capital of India, its architecture that remembers its history while embracing its future, its residents that line the streets, selling goods, tailoring dresses, delivering cargo."-Nicole Crowder, The Washington Post -- Nicole Crowder * The Washington Post *" . . . awash in colors, textures, and architectural details as it sweeps through extravagant mansions and crumbling dwellings."-Jan Gardner, Boston Globe -- Jan Gardner * Boston Globe *
Les mer
Laura McPhee, professor of photography at the Massachusetts College of Art and Design, has published her work extensively. Amitav Ghosh has published many novels, including River of Smoke, Sea of Poppies, and The Shadowlines. Romita Ray is associate professor of art history at Syracuse University and author of Under the Banyan Tree (Yale).
Les mer
Nettpris:
426,-
Levering 3-20 dager 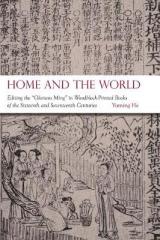 Home and the World Editing the "Glorious Ming" in Woodblock-Printed Books of the Sixteenth and Seventeenth Centuries
He, Yuming
Innbundet / 2013 / Engelsk
528,- 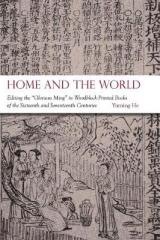 Home and the World Editing the "Glorious Ming" in Woodblock-Printed Books of the Sixteenth and Seventeenth Centuries
He, Yuming
Heftet / 2020 / Engelsk
361,- 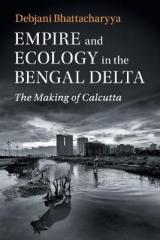