Nieuwenhuys, Rudolf Voogd, Jan Huijzen, Christiaan van
Heftet / 2016 / Engelsk
The present edition of The Human Central Nervous System differs considerably from its predecessors. In previous editions, the text was essentially confined to a section dealing with the various functional systems of the brain. This section, which has been rewritten and updated, is now preceded by 15 newly written chapters, which introduce the pictorial material of the gross anatomy, the blood vessels and meninges and the microstructure of its various parts and deal with the development, topography and functional anatomy of the spinal cord, the brain stem and the cerebellum, the diencephalon and the telencephalon. Great pains have been taken to cover the most recent concepts and data. As suggested by the front cover, there is a focus on the evolutionary development of the human brain. Throughout the text numerous correlations with neuropathology and clinical n- rology have been made. After much thought, we decided to replace the full Latin terminology, cherished in all previous editions, with English and Anglicized Latin terms. It has been an emotional farewell from beautiful terms such as decussatio hipposideriformis W- nekinkii and pontes grisei caudatolenticulares. Not only the text, but also the p- torial material has been extended and brought into harmony with the present state of knowledge. More than 230 new illustrations have been added and many others have been revised. The number of macroscopical sections through the brain has been extended considerably. Together, these illustrations now comprise a complete and convenient atlas for interpreting neuroimaging studies.
Les mer
Orientation. Development. Gross anatomy. Blood supply, meninges and liquor system. Brain slices and microscopical sections. Topography of spinal cord, brain stem and cerebellum. Diencephalon: introduction and epithalamus. Diencephalon: dorsal thalamus. Diencephalon: ventral thalamus. Diencephalon: hypothalamus. Telencephalon: introduction and olfactory system. Telencephalon: hippocampus and related structures. Telencephalon: amygdala and claustrum. Telencephalon: basal ganglia. Telencephalon: neocortex. Functional systems.- General sensory systems and taste. Vestibular system. Auditory system. Visual system. Cerebellum. Motor systems. Limbic system
Les mer
From the reviews of the fourth edition: "Nearly 20 years after the publication of the previous edition comes the much enlarged fourth edition of the neurobiologistsa (TM) neuroanatomy textbook. a ] very welcome and of great potential use for neurosurgeons. a ] you will undoubtedly expect to refer to it frequently; it will act as the arbiter of neuroanatomical arguments, disputes and quibbles. Who is it for? The neuroscience laboratory or a neuroantomical zealot. Presentation Outstanding and generous. Would you recommend it? Yes, for the library or for the research group." (Times Higher Education, May, 2008) "This 970-page book a ] provides a highly detailed description of the structure, anatomic pathways, and neurophysiology of the central nervous system. a ] would recommend this book to university libraries and neuroradiology sectional libraries a ] . For those who wish a deeper a ] understanding of the anatomy and function of the brain and spinal cord, this could be a useful reference text and would be a fine addition to the library of a neuroradiology section." (American Journal of Neuroradiology, Vol. 29, May, 2008)
Les mer
Nettpris:
1.111,-
Levering 3-20 dager 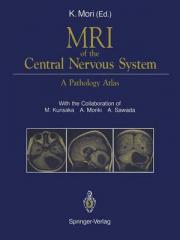 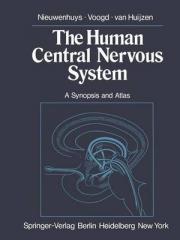 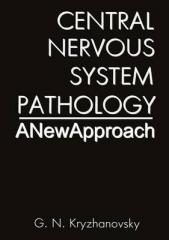