Mills, Sara Mullany, Louise
Heftet / 2011 / Engelsk
Language, Gender and Feminism presents students and researchers with key contemporary theoretical perspectives, methodologies and analytical frameworks in the field of feminist linguistic analysis. Mills and Mullany cover a wide range of contemporary feminist theories and emphasise the importance of an interdisciplinary approach. Topics covered include: power, language and sexuality, sexism and an exploration of the difference between second and third wave feminist analysis. Each chapter presents examples from research conducted in different cultural and linguistic contexts which allows students to observe practical applications of all current theories and approaches. Throughout oral and written language data, from a wealth of different contexts, settings and sources, is thoroughly analysed. The book concludes with a discussion of how the field could advance and a overview of the various research methods, pertinent for future work in language and gender study. Language, Gender and Feminism is an invaluable text for students new to the discipline of Language and Gender studies within English Language, Linguistics, Communication Studies and Women's Studies, as well as being an up-to-date resource for more established researchers and scholars.
Les mer
1. Contemporary Issues in Language, Gender and Feminism 2. Why We Still Need Feminism 3. Theorising Gender 4. Feminist Linguistic Approaches 5. Methodological approaches 6. Sexuality 7. Sexism 8. Future Directions
Les mer
'Finally, a book that puts the "F" word (feminism, that is) back into Gender and Language. Mills and Mullany offer us a fresh perspective on a field that started out in second wave feminism and that has by and large abandoned the notion of feminism and how it fits into women's ways with words. The volume takes us through the various epistemological, theoretical, and methodological issues that need to be re-examined against a backdrop of feminist theory within in this very dynamic arena of scholarship. A must read for scholars and students working in the intersection of linguistics, anthropology, sociology, psychology, communication studies, Women's Studies, and gender.' Diana Boxer, University of Florida, USA 'An important and timely book, Language, Gender and Feminism emphasizes feminism, as a political ideology and practice, at the heart of gender and language research. Mills and Mullany persuasively argue for the continued relevance of feminism in contemporary societies, and the need for gender and language scholars to be theoretically and methodologically informed in order to navigate the complexities in current discursive constructions of gender, sexuality and power, and to produce nuanced and self-reflexive analyses. A must-read for feminist gender and language scholars!' Michelle Lazar, National University of Singapore, Singapore 'An excellent book at just the right time! The authors remind us of the feminist roots of language and gender studies and argue for the importance of investigating the role that language plays in creating and sustaining unequal gender relations. This book should be on every linguist's bookshelf.' Jennifer Coates, Emeritus Professor, Roehampton University, UK 'Gender and language research has needed this book for some time. It restates the political purpose of feminist linguistic studies and offers readers a thoughtful and clear account of complex theoretical and methodological issues as they relate to current developments in the field.' Sylvia Shaw, Middlesex University, UK
Les mer
Sara Mills is Research Professor in Linguistics at Sheffield Hallam University, UK. Louise Mullany is Associate Professor of Sociolinguistics at the University of Nottingham, UK.
Nettpris:
466,-
Levering 3-20 dager 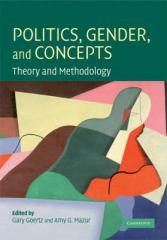 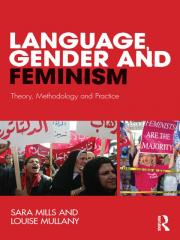 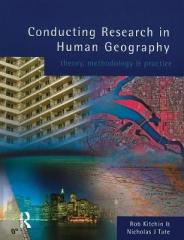 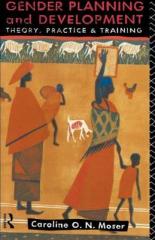