Gutierrez, Felipe
Heftet / 2018 / Engelsk
Quickly and productively develop complex Spring applications and microservices out of the box, with minimal concern over things like configurations. This revised book will show you how to fully leverage the Spring Boot 2 technology and how to apply it to create enterprise ready applications that just work. It will also cover what's been added to the new Spring Boot 2 release, including Spring Framework 5 features like WebFlux, Security, Actuator and the new way to expose Metrics through Micrometer framework, and more.This book is your authoritative hands-on practical guide for increasing your enterprise Java and cloud application productivity while decreasing development time. It's a no nonsense guide with case studies of increasing complexity throughout the book. The author, a senior solutions architect and Principal Technical instructor with Pivotal, the company behind the Spring Framework, shares his experience, insights and first-hand knowledge about how Spring Boot technology works and best practices.Pro Spring Boot 2 is an essential book for your Spring learning and reference library.What You Will LearnConfigure and use Spring Boot Use non-functional requirements with Spring Boot ActuatorCarry out web development with Spring BootPersistence with JDBC, JPA and NoSQL DatabasesMessaging with JMS, RabbitMQ and WebSocketsTest and deploy with Spring BootA quick look at the Spring Cloud projectsMicroservices and deployment to the CloudExtend Spring Boot by creating your own Spring Boot Starter and @Enable featureWho This Book Is ForExperienced Spring and Java developers seeking increased productivity gains and decreased complexity and development time in their applications and software services.
Les mer
1. Introduction to Spring Framework 5 2. Introduction to Spring Boot 3. Spring Boot Internals and Features 4. Web Development with Spring Boot 5. Data Access with Spring Boot 6. WebFlux and Reactive Data with Spring Boot 7. Testing with Spring Boot 8. Security with Spring Boot 9. Messaging with Spring Boot10. Spring Boot Actuator 11. Integration and Cloud Stream with Spring Boot 12. Spring Boot in the Cloud 13. Extending Spring Boot Appendix A. Spring Boot CLI
Les mer
Felipe Gutierrez is a Senior Platform Architect at Pivotal, the creators of Spring Boot and Spring Framework, where he serves as a senior consultant with the Spring team. He has over 20 years of IT experience, during which time he developed programs for companies in multiple vertical industries, such as government, retail, healthcare, education, and banking. He also develops in Groovy, RabbitMQ, and other technologies. Previously he has consulted for companies such as Nokia, Apple, Redbox, and Qualcomm, among others. He received his bachelors and master's degree in computer science from Instituto Tecnologico y de Estudios Superiores de Monterrey Campus Ciudad de Mexico.
Les mer
Nettpris:
375,-
Levering 3-20 dager 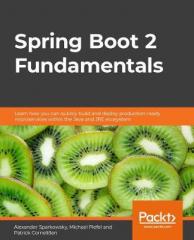 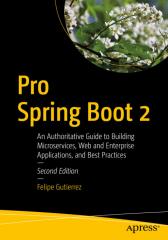 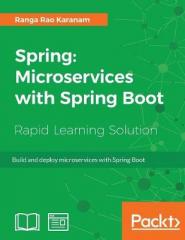 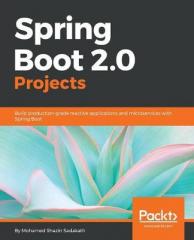