Woodhead, Linda, MBE
Innbundet / 2019 / Engelsk
This title was first published in 2001. 'An age of faith or an age of doubt?'- the question has dominated study of Christianity in the Victorian era. Reinventing Christianity offers a fresh analysis of the vitality and variety of Christianity in Britain and America in the Victorian era. Part One presents an overview of some of the main varieties of Christianity in the west ranging from the conservative - Protestant evangelicalism and 'fortress' Catholicism - to the radical - Theosophy, Swedenborgianism and Transcendentalism; Part Two reviews negotiations between Christianity and the wider culture. The conclusion reflects on general trends in the period, showing how many of these prefigured later developments in religion. This book highlights the creativity and diversity of 19th century Christianity, showing how developments normally associated with the late 20th century - such as the reassertion of tradition and the rise of feminist theology and alternative spirituality - were already in train a century before.
Les mer
Introduction, Linda Woodhead; Part One: Varieties: Transcendent Christianity: Evangelical certainties: Charles Spurgeon and the sermon as crisis literature, Andrew Tate; Fortress Catholicism: the art of ultramontanism at Notre Dame de Fourviere, Nancy Davenport; Anglican controversies: debating private confession, Anne Hartman; Liberal Christianity and alternative spiritualities: The world's parliament of religions and the rise of alternative spirituality, Linda Woodhead; The Swedenborgian church in England, Ian Sellers; Transcendentalists and Catholic converts in Emerson's America, Shannon Cate; Part Two: Negotiations: Christianity and literature: Rewriting Genesis: The 19th-century roots of D.H. Lawrence's religion, Terence R. Wright; Wordsworth and the sacralization of place, Deeanne Westbrook; Reactionary and Romantic: Joseph de Maistre and Shelley, Arthur Bradley; The religion of Thomas Carlyle, Trevor Hogan; Christianity and gender: The feminization of piety in 19th-century art, Jane Kristof; Women's theology and the British periodical press, Julie Melnyk; The feminist theology of Florence Nightingale, Hilary Fraser and Victoria Burrows; Elizabeth Gaskell, gender and the apocalypse, Robert Kachur; Christianity and science: Science and secularization, John Hedley Brooke; Contextualising the 'war' between science and religion, Gowan Dawson; Philip Gosse and the varieties of natural theology, Jonathan Smith; Conclusion.
Les mer
'The whole approach makes vastly more interesting the tired debate about secularization and will force theologians, historians and sociologists to rethink the standard treatments. Students across many fields will find this fresh and insightful collection engaging and invaluable.' David Martin, Emeritus Professor of Sociology, London School of Economics, UK 'Ashgate are to be congratulated for the imagination of their recent religious publications... Those who want to understand how Christian faith interacted with literature and gender, who do not want science and the humanities to be kept in separate volumes, who are interested in theological divides which cut across denominational lines, rather than between denominatons will find this a stimularing read.' Reviews in Religion and Theology 'The eclecticism of this collection of essays ... reflects the editor's emphasis on the vitality and plurality of Victorian religious experience. In her useful introduction and conclusion, Linda Woodhead seeks to challenge the standard secularisation thesis by showing that Victorian Christianity was vital, and constantly adapting and responding to cultural change.... does raise important questions about the plurality of beliefs and rituals that can flow from the kind of optimistic, universalist liberal Protestant ethos which was so prevalent in the 19th century, and is so conspicuously absent today.' Church Times 'This collection of seventeen essays is indeed wide-ranging and will give readers a good survey of the Victorian religious experience...' Contemporary Review 'Reinventing Christianity is a group of portraits, presented thematically and exhibiting something of the range of changes, adjustments and initiatives in the nineteenth century. This volume initiates the reader into the varied milieux of the period, and in that way provides a rich and insightful specificity... In her conclusion to a splendid volume, Linda Woodhead shows how it provokes a reassessment of
Les mer
Linda Woodhead
Nettpris:
1.089,-
Levering 3-20 dager 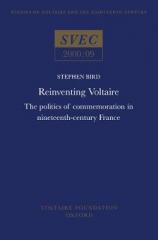 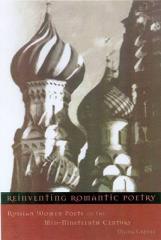 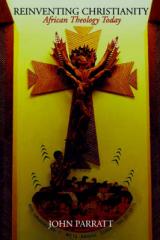 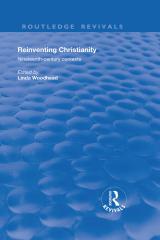