Creswell, John W. Creswell, J. David
Heftet / 2018 / Engelsk
This best-selling text pioneered the comparison of qualitative, quantitative, and mixed methods research design. For all three approaches, John W. Creswell and new co-author J. David Creswell include a preliminary consideration of philosophical assumptions, key elements of the research process, a review of the literature, an assessment of the use of theory in research applications, and reflections about the importance of writing and ethics in scholarly inquiry. New to this Edition: Updated discussion on designing a proposal for a research project and on the steps in designing a research studyAdditional content on epistemological and ontological positioning in relation to the research question and chosen methodology and methodAdditional updates on the transformative worldviewExpanded coverage on specific approaches such as case studies, participatory action research, and visual methodsAdditional information about qualitative and quantitative data analysis, social media, online qualitative methods, and mentoring and reflexivity in qualitative methodsIncorporation of action research and program evaluation in mixed methods and coverage of the latest advances in the mixed methods fieldAdditional information about causality and its relationship to statistics in quantitative methodsIncorporation of writing discussion sections into each of the three methodologies An invaluable guide for students and researchers across the social and behavioural sciences.
Les mer
The bestseller that pioneered the comparison of qualitative, quantitative, and mixed methods research design continues in its Fifth Edition to help students and researchers prepare their plan or proposal for a scholarly journal article, dissertation or thesis.
Les mer
Analytic Contents of Research Techniques Preface Companion Website Acknowledgments About the Authors PART I PRELIMINARY CONSIDERATIONS Chapter 1 The Selection of a Research Approach Chapter 2 Review of the Literature Chapter 3 The Use of Theory Chapter 4 Writing Strategies and Ethical Consideration PART II DESIGNING RESEARCH Chapter 5 The Introduction Chapter 6 The Purpose Statement Chapter 7 Research Questions and Hypotheses Chapter 8 Quantitative Methods Chapter 9 Qualitative Methods Chapter 10 Mixed Methods Procedures Glossary References Author Index Subject Index
Les mer
John W. Creswell, PhD, is a professor of family medicine and senior research scientist at the Michigan Mixed Methods Program at the University of Michigan. He has authored numerous articles and 30 books on mixed methods research, qualitative research, and research design. While at the University of Nebraska-Lincoln, he held the Clifton Endowed Professor Chair, served as Director of the Mixed Methods Research Office, founded SAGE's Journal of Mixed Methods Research, and was an adjunct professor of family medicine at the University of Michigan and a consultant to the Veterans Administration health services research center in Ann Arbor, Michigan. He was a Senior Fulbright Scholar to South Africa in 2008 and to Thailand in 2012. In 2011, he co-led a National Institute of Health working group on the "best practices of mixed methods research in the health sciences," and in 2014 served as a visiting professor at Harvard's School of Public Health. In 2014, he was the founding President of the Mixed Methods International Research Association. In 2015, he joined the staff of Family Medicine at the University of Michigan to Co-Direct the Michigan Mixed Methods Program. In 2016, he received an honorary doctorate from the University of Pretoria, South Africa. In 2017, he co-authored the American Psychological Association "standards" on qualitative and mixed methods research. In 2018 his book on "Qualitative Inquiry and Research Design" (with Cheryl Poth) won the Textbook and Academic Author's 2018 McGuffey Longevity Award in the United States. He currently makes his home in Ashiya, Japan and Honolulu, Hawaii.
Les mer
Nettpris:
699,-
Levering 3-20 dager 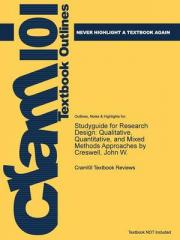 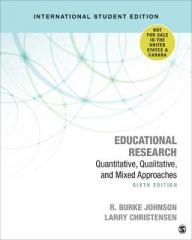 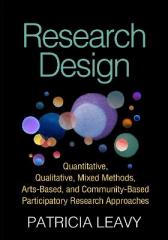 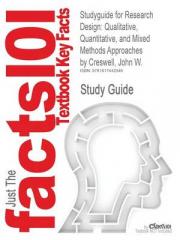