Hartney, Christopher
Innbundet / 2014 / Engelsk
Secularisation: New Historical Perspectives unveils an exciting range of case studies exploring emerging research in secularisation with an international outlook. Inspired by scholarship conducted by the Religious History Association, this collected volume questions the paradigm of secularisation by exploring its historical manifestations and making projections as to the future divide between religious life and the secular world. A must-read for anyone interested in events and personalities that shaped the religious landscape of the present, this volume contains meticulous historical research. It also presents a strong focus on the Southern Hemisphere, which is often largely absent in discussions of secularity.Topics covered here include schisms between secularism and Christianity in Australia and on a global scale; Jesuit frontier missions in Ibero-America; the publically religious displays of the Salvation Army; competition between church life and emerging recreational pursuits at the turn of the century; Joseph Fletcher's contributions ethical secularity; the privileged place of Christianity within the Queensland educational system; notions of religiously justified violence amongst the ANZAC forces; and the ongoing debate between constitutional secularity and Christian nationhood in the United States of America from its foundation up until the present day. The latter part of the volume explores the secularisation paradigm as a cultural creation in its own right - an important consideration for any scholar in this field. To this end, the authors explore the mythic status of secularisation as a social and historical concept; question the validity of historical approaches to this discourse; explore whether or not definitions of `religion' are too conservative to be workable; and pose the question of whether or not secular institutions like state museums are really what they claim to be.The role of religion in public life is a fascinating question to explore, and one that must be tackled via a truly international exploration of secularisation. So too must the inquisitive scholar consider the very nature of the terms employed in research. Secularisation: New Historical Perspectives is the perfect toolkit for such investigations.
Les mer
Secularisation: New Historical Perspectives unveils an exciting range of case studies exploring emerging research in secularisation with an international outlook.
"The looseness of connections between many of the chapters reflects the book's origin as a collection of conference papers, yet there are threads that recur throughout the experience of reading, the result of which is that some chapters take on new and fresh meanings in the light of others. There is considerable material of interest in Secularisation: New Historical Perspectives."Carole M. CusackUniversity of SydneyJournal of Religious History, 39:1 (2015)
Les mer
Christopher Hartney is a Lecturer in Studies in Religion at the University of Sydney. Chris has written extensively about Caodaism - Vietnam's largest indigenous religion. He is co-editor of the Journal of Religious History and editor of the interdisciplinary journal Aesthetics. He is one of five chief investigators on an Australian Research Council Discovery grant that is presently examining the field of religion and political thought in Australia.
Les mer
Nettpris:
730,-
Levering 3-20 dager 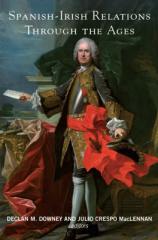 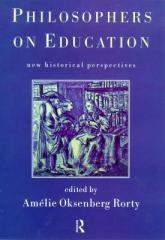