Seeing the State Governance and Governmentality in India

Seeing the State Governance and Governmentality in India

Corbridge, Stuart Williams, Glyn Srivastava, Manoj Veron, Rene Se alle
Heftet / 2005 / Engelsk
Poor people confront the state on an everyday basis all over the world. But how do they see the state, and how are these engagements conducted? This book considers the Indian case where people's accounts, in particular in the countryside, are shaped by a series of encounters that are staged at the local level, and which are also informed by ideas that are circulated by the government and the broader development community. Drawing extensively on fieldwork conducted in eastern India and their broad range of expertise, the authors review a series of key debates in development studies on participation, good governance, and the structuring of political society. They do so with particular reference to the Employment Assurance Scheme and primary education provision. Seeing the State engages with the work of James Scott, James Ferguson and Partha Chatterjee, and offers a new interpretation of the formation of citizenship in South Asia.
Les mer
How do poor people in India understand and make use of the state in their daily lives? The authors consider key debates in development studies on participation and good governance to answer these questions. They study the extent to which poorer people can engage the political process as citizens.
Les mer
Part I. The State and the Poor: 1. Seeing the state; 2. Technologies of rule and the war on poverty; Part II. The Everyday State and Society: 3. Meeting the state; 4. Participation; 5. Governance; 6. Political society; Part III. The Poor and the State: 7. Protesting the state; 8. Postcolonialism, development studies and spaces of empowerment; 9. Postscript: development ethics and the ethics of critique.
Les mer
The book focuses on the relationship between the poor and the state in India.
Stuart Corbridge is Professor of Geography at the London School of Economics and at the University of Miami. His recent publications include Reinventing India (with John Harriss, 2000). Glyn Williams is Lecturer in Geography at Keele University. He is the co-editor of a collection of essays on South Asia in a Globalising World (2002). Manoj Srivastava is a Research Associate in the Crisis State Programme, Development Studies Institute, London School of Economics. Rene Veron is Assistant Professor in Geography at the University of Guelph, Ontario. He is the author of Real Markets and Environmental Change in Kerala (1999).
Les mer
Nettpris:
414,-
Levering 7-20 dager 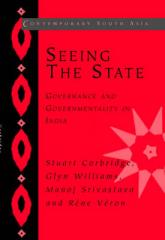 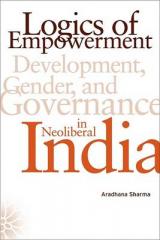 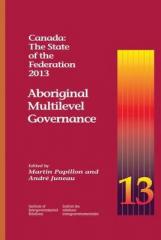 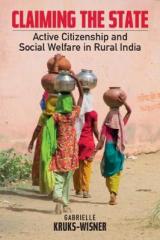